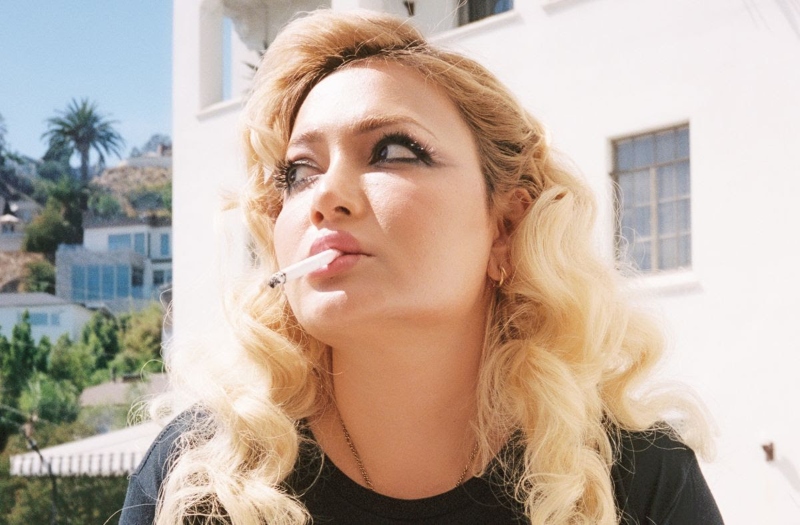 Acclaimed singer, songwriter and poet Lux Lyall has released her brand new single Draw Blood, described today by Wonderland Magazine as “brimming with haunting melodies and seductive harmonies”. It is the latest song to be taken from her forthcoming second album Runaway Bride out next year via Smoking Mermaid Records.

‘Draw Blood’ presents a shudderingly accurate reality for women facing abuse in relationships. “Is it still love ‘til he draws blood? Is that when you’ve finally had enough?”, sings Lux in these brutally honest musings.

The song is a first-hand account capturing the multitude of complex feelings and emotions found in these tragic circumstances. Musically there’s nods to the 90s with the guitar that grooves from start to finish with a warm blues delay, while the bass and drums add extra sway and richness. Paired with the soulful storytelling from Lux the result calls to mind a melding of Hole, The Bad Seeds and PJ Harvey.

Regarding the new single Lux says, “‘Draw Blood’ is actually about multiple things. A few years ago I was finally open with my therapist about an assault that happened while I was dating someone when I was younger; I was pretty closed about it after it happened because I actually felt guilty for staying in the relationship afterwards. Now I know I basically shut the whole thing out because I didn’t want to face it, it’s still hard to talk about.

“Reflecting on that a few years ago while in another romantic situation that made me feel stifled, I wrote the chorus about being angry at what I’d put up with, and what a lot of my friends were still putting up with in abusive situations. The verses are more about how trapped I felt at the time.

“I was watching a few of my guy friends going on tour and I was happy for them and envious at the same time. I kept thinking about the concept of “being with the band” and how I’d been that way when I was young and all it did was give me trauma! I’m trying to say I don’t want to be with the band anymore I want to BE the band.”

Runaway Bride will follow the release of Lux Lyall’s highly praised 2020 debut album VAMP, which received strong critical support from the likes of The Independent, The Line Of Best Fit, Clash Magazine, Wonderland and many more.

Born in London, but brought up in Cyprus where her Pakistani mum and half-Sri Lankan, half-Dutch dad moved for work when she was six weeks old, Lux grew up immersed in vintage American movies because that was all there was to watch. Proving highly influential to Lux, this film noir doused her creativity creating a dark and decadent musical world where her theatrical songs meld the glamorous nostalgia of Hollywood with modern, dark pop sensibilities, laced with an enchanting mystique.