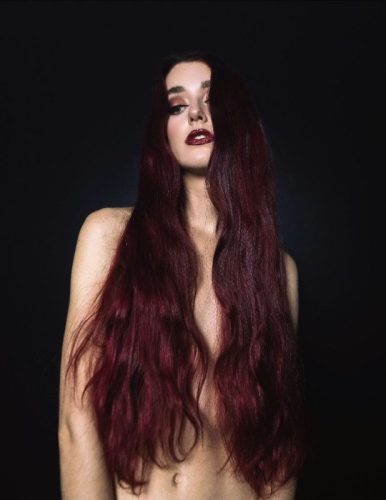 Maryze previously announced her debut LP 8 with a stormy-sweet queer nightclub-ready banger “Experiments”, followed by this she would share song ”Emo”.

Emo is the song Maryze always wanted to write to her high school boyfriend. It tells the tale of a love story turned toxic when you realize the person you thought you knew never really cared. “Did you ever listen to the songs I sent to you?” she asks repeatedly, sounding hurt and angry that her ex never took the time for things that meant something to her. She’s at a point where she’s checked out and numb, no longer fighting for a relationship that isn’t working anymore. The vibes are emo/rock/punk with vocal inspiration from Avril Lavigne and Paramore, bass tones emulating Fall Out Boy bassist Pete Wentz (Maryze’s longest-standing crush that her ex used to make fun of her for liking, calling the band lame), and a nod to Green Day’s tremolo guitar effect from “Boulevard of Broken Dreams”.

“I made the song with producer and long-time collaborator Solomon K-I (who is featured on guitar),” Maryze shares. “We actually met playing in an indie rock band 10 years ago and our former drummer Graeme McDonald is featured on live drums.”

Consequence of Sound added it to their Song of the Week roundup, noting: “Throughout “Emo,” Maryze appropriately gets her vengeance, cranking up the volume and launching into a nostalgic, ‘90s era alt rock chorus. It’s an introduction to the singer’s grittier side while still remaining catchy and unique, and it demonstrates Maryze’s urgent need to stand up and be heard.”