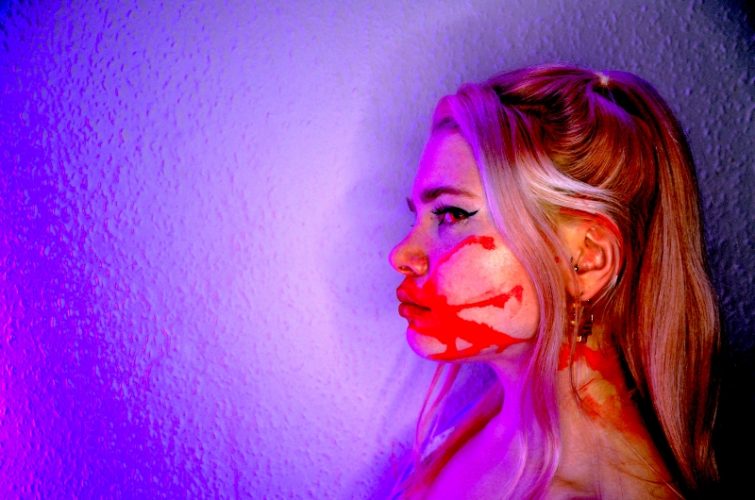 ‘Bad Things’ is an alt-pop anthem depicting the unfolding of a manic episode. With an ominous bass and eclectic drums, the track outlines the exhilarating yet terrifying reality of one of the phases of bipolar disorder. MOA’s characteristic vocals and honest lyrics bring us to the breaking point by illustrating the very core of the sensation, here portrayed as another being pulling her in: ”Now the noise is just too much / it’s digging into my skin and / I’m on the floor / But she wants more”.

MOA’s second single is a truthful insight into the world of mania as well as a fearless statement on an, even now, stigmatized condition. With catchy melodies and strong vocal hooks, ’Bad Things’ transforms multilayered mental health issues into a relatable story of an evening devoured by the urges of the part of you warring against logic and calm: ”When the light’s gone I can’t trust myself / When the sun’s down, become someone else”.

MOA’s music is an enchanting merge of sickly sweet pop and fearlessly provocative punk. The style and lyrics derive from a life of complex mental struggles, landing her in a world of ecstatic highs and sinister lows. As a result, the self appointed ’Sertraline Queen’ started using her experiences with bipolar disorder to her advantage, and has spent the last year assembling a line of indisputable alt-pop pieces, discussing everything from female empowerment to mental health.With a peculiar mind and a thirst for peril, she is the anti hero the pop world has been waiting for.

Swedish born MOA is based in London, where she has been honing her craft since a young age. She left Sweden for the thrill of the suburban capital of the UK, but brought with her the ferociousness of the Scandinavian winters.