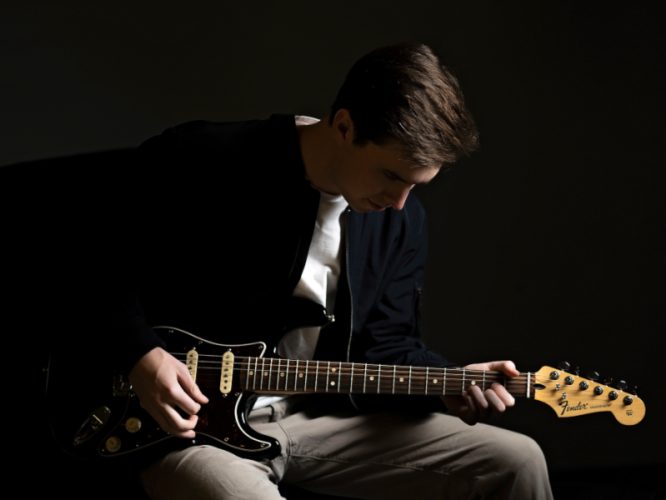 Michigan-born and bred Sage Castleberry is a pop artist whose music brings together old and new. Born into a family of musicians, he was exposed to a variety of genres, ranging from 80s hair bands to country music and everything in between. Picking up the guitar at just 10 years old, Castleberry has spent years mastering his art, eventually becoming the lead guitarist in a band alongside his good childhood friend, Sam Luna, Dave Luna, long-time family friend Chris Gillette and Castleberry’s own father, Tim Castleberry. Taking the leap to go solo, the songwriter has been working on his own music, discovering his unique sound and perfecting his artistry.

His debut single “I Kinda Like It” narrates the story of a guy who likes the feeling when a girl shows interest in him, but only at certain times. Touching on the desire to have someone to alleviate the symptoms of loneliness, he sings, “I kinda like it when I need you, to go and pick up on your phone, cause I don’t want to be alone.”

With a throbbing beat, jangly guitars and echoing synths the track shines bright. Doused in a groovy, move-inducing rhythm, Castleberry’s infectious vocals will have you singing along all day. “I Kinda Like It” showcases an infectious pop sound fueled by Castleberry’s influences over the years. From the likes of Queen, Justin Bieber, Bruno Mars and The Band Camino, the Michigan artist displays a multitude of sounds, as he soaks up the music from his childhood, fusing them with modern, fresh and dance-worthy elements.