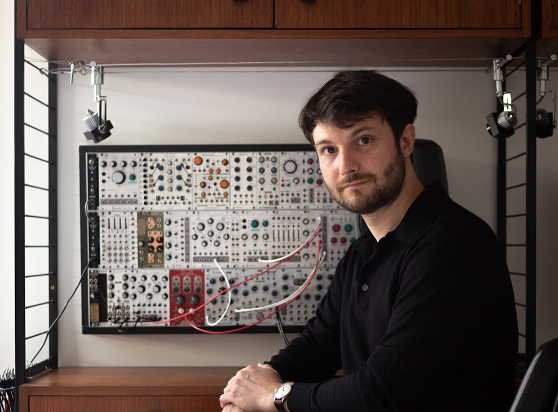 After the exploration of snowy mountains of Alpestres, released on Hands in the Dark in 2018, French composer Matthias Puech ventures into new territories, sketching a cartography of the invisible where the journey, in chiaroscuro, is announced as a rite of passage. A Geography of Absence, as introspective as unpredictable, immerses the listener into a unique sensory whirlwind where organic matter becomes almost palpable. A researcher in theoretical computer science and an engineer at GRM, Matthias Puech constructs a dialog between synthetic music and field recording, capturing sounds that surround him and creating his own sonic language with the help of synthesizers he designs and develops; notably the Oscillator Ensemble and the Tapographic Delay, made by the American company 4ms.

A Geography of Absence retraces an inner journey where the physicality of sound leads the listener into an initiatory tunnel filled with apparitions, ghosts, visions. With sound oscillations as a navigational map, we progress, step by step, through the meanders of an unknown world, dazzled by the prospect of a new synthetic horizon, an electronic biotope teeming with life and incarnations. Playing with time, space and matter in an approach similar to that of musique concrète, Matthias Puech combines ambient and noise, floating sounds and electroacoustic experimentations, thus shaking up our listening perspective, which finds itself walking through a parallel universe, strata after strata, sequence after sequence.