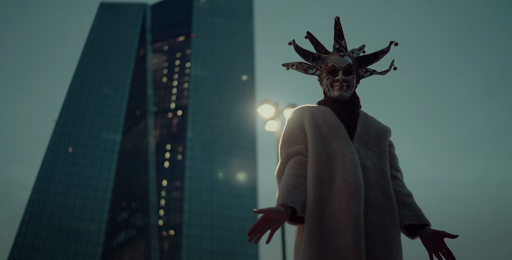 Psychedelic songstress ANIQO has released a video to accompany her new track ‘Fear.’ Directed by Matthias Pfeiffer (aka Pupillendriller) and produced by Guy Sternberg (Keane, Feist, Yoko Ono, Kings of Convenience) the video is a haunting visual translation of a potent track.

On ‘Fear’ ANIQO speaks of the control measures implemented by media, government, and religion, using masks and dimly-lit scenes as a literal translation. The evocative visuals are well suited to the atmosphere of the track, leaving the viewer with a strong message.

Speaking of the concept behind the video, ANIQO tells us: “The video symbolizes confrontations with various fears… Matthias and I have a similar perspective on the world, also in aesthetic terms.  To visualize the feeling of a song is not easy but we managed to do that here.  Fear has many faces and I became even more aware of that during the shoot.”