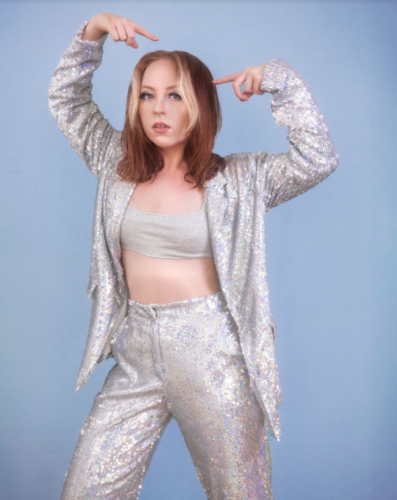 Los Angeles-based art-pop artist Kit Major shares “When the Drugs Don’t Work”, a more introspective stab at her signature dark, electropop sound, building on her single “Mind” from October. Under The Radar premiered the track a few days earlier, praising how the track “leans into a dark, electro pop feel. The chilly and introspective opening blooms into a driving dance beat and thumping synths, married to a percussive, hyperpop-influenced outro. Contrasting with the darker sound though, comes a tender and warm lyrical perspective.”

Taking inspiration from Charli XCX, Billie Eilish, and Charlotte Lawrence, “When the Drugs Don’t Work” dives into the overwhelming vulnerability and panic of failing to curb a depressive episode with medication. With this release, Kit Major furthers her efforts to be open and make light of her mental health struggles.

Speaking about “When the Drugs Don’t Work,” Kit Major says: “It was cathartic to write, so visually I wanted it to be something light, fun and freeing. Life isn’t supposed to be this hard and sad, there should be joy and freedom too. Don’t take things too seriously or literally. I write about my depression to be able to dance about my depression. I first wrote this song because I had a major depressive episode in April from everything… COVID, the state of our world, the state of our nation, the fact I also deal with anxiety and depression… everything. I was taking my meds and it still made me feel as if I wasn’t on them, so I wrote down “what happens when your drugs don’t work?” I try, and am still learning, to be as open as possible about my mental state.“