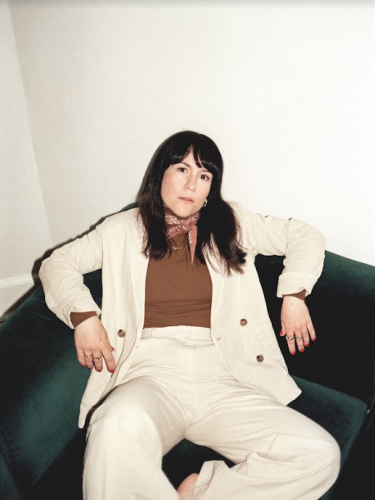 Cinematic singer-songwriter Hannah Schneider has unveiled ‘We’ll Be The Only Sound In The World’ shared from her upcoming album Ocean Letters which will be released in September next year via Midnight Confessions.

Stream/ download: ‘We Will Be the Only Sound in the World’

Born into music, her parents are both classical musicians. Her sound has been compared to the likes of Ólafur Arnalds, Sigur Rós and The Cinematic Orchestra.

‘We’ll Be The Only Sound In The World’ is characterised by its serenity, and although the track is spacious and minimalistic, Schnieder’s voice creates a  tapestry of intense sonic detail.

Speaking of the song, Hannah Schneider tells us: “This is the first single from my forthcoming album “Ocean Letters”- an album that is thematically inspired by Danish poet Siri Ranva Hjelm Jacobsen and her little book of the same name, that talks about the evolution of the world as it is seen by the Ocean. This song is written from the perspective of a conch shell, telling its stories of the grains of sand and the waves that indented it, playing with the fact that seashells actually are a kind of amplifier of ambient noise. The song was written during a lockdown in Denmark this January, and it reflects the feeling of pandemic stillness – the lack of aeroplanes in the sky, and traffic sounds that usually create eternal background noise.”

‘We’ll Be The Only Sound In The World’ features on the Spotify playlist CHILL_GROUND.fm