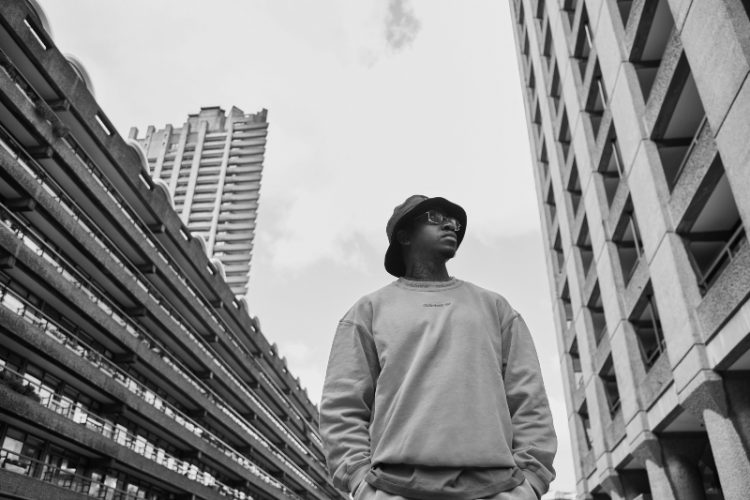 A powerful collaboration, ‘Stronger’ displays a moving, spoken word vocals combined with the soulful sounds of HGC and a majestic house production that grows in intensity and atmosphere across the track’s three-and-a-half minutes. ‘Stronger’ is the result of Blinkie feeling present, feeling stable, feeling strong and being in a good place after months of struggling with his mental health during the suffocating lockdown that has characterised the last year or so.

Speaking on the release, Blinkie explains, “after going through a dark and intense period of my life, I wanted to create something uplifting for myself and others that are or have experienced similar circumstances to what I have. I feel privileged, being able to create something so beautiful in hindsight has brought a deeper level of comfort because a blessing has come out of some hard lessons.”

He continues, “my hope is that the song represents hope and serves as a guiding light through darkness for those who need it. I always try to make sure that my music has a positive uplifting message, so collaborating with House Gospel Choir just made too much sense, we have similar values and they have incredible voices. Everything feels like the right fit and feel for the sound and message I was trying to convey”

With tens of millions of streams across his back catalogue and an array of radio support from the likes of Nick Grimshaw, Scott Mills, MistaJam, Reece Parkinson, Jordan North and DJTarget across BBC Radio 1 & 1Xtra, Blinkie has firmly established himself as a leading light of UK music. His last single ‘What You Want’ was playlisted across Kiss Dance and Capital Dance after being crowned as Mistajam’s Future Anthem on BBC Radio 1.

Having recently remixed a track from Craig David and KSI, Blinkie also produced 2 Top 40 singles for Manchester rap star Bugzy Malone, including the artist’s highest-charting single. He has also worked with the likes of Lana Del Rey, Giggs and Wretch 32, having additionally remixed Anne–Marie, Major Lazer, Sigala and more. Not stopping there, the London talent also runs his own record label PXL Records. Stretching beyond music, Blinkie runs the men’s clothing line Profit X Loss, which has been sported by big names on both sides of the Atlantic: 50 Cent, Yo Gotti, Young MA, and Ghetts.

Bringing together a group of outstanding singers, songwriters, DJ’s and music makers, House Gospel Choir’s live sets create a fusion of the biggest house and gospel tunes that make every performance an unforgettable experience. They burst onto the scene with ‘Salvation’, a debut single that was crowned BBC Radio 1’s ‘Hottest Record’ by Annie Mac, peaking at #1 in the Music Week Cool Cuts Chart and #5 in the Billboard Dance Club Chart. They also released their acclaimed debut album RE//CHOIRED last year.

A genuinely moving collaborative single, ‘Stronger’ brings out the best of Blinkie and House Gospel Choir.