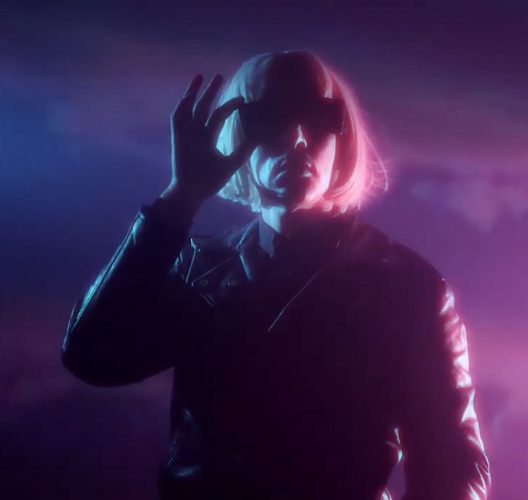 Drab Majesty have announced details of a new album, Modern Mirror, set for release on July 12th via Dais Records, and have shared a first single and touring plans. Over the course of two records the LA-based project of Deb Demure and Mona D has steadily built a devoted fan base worldwide with their singular hypnotic sound and mysterious, constantly-evolving presence. Following intense touring in support of the first two albums, including 2018 runs with The Smashing Pumpkins and Deafheaven, they escaped to the inspirational landscapes of Athens, Greece to channel the songs for their most ambitious album creation yet: Modern Mirror.  Blowing the dust off the antiquarian myth of Ovid’s ‘Narcissus’, Drab Majesty used its premise as groundwork for a modern reinterpretation. Each song on the record tells a piece of the story in which the listener’s own self-identity has become warped and dissociated through rapidly expanding technology, losing touch with the origins of their own personalities. New single ‘Ellipsis’ romantically plays up the distorted concept of courting through modern technology in a world that has yet to adapt. It has been brought to life in a video directed by Thomas McMahan. Modern Mirror fuses synth-pop-noir aesthetics within the cautious instruction of Greek mythology and modern science fiction, birthing a hybrid of romantic dreamy malaise, captured for a future moment.   It’s a journey of self-reflection, nostalgia, love, beauty, and heartbreak told across eight addictive and emotional synth pop anthems – a seemingly classic tale delivered unblinkingly through the frame of the modern world.  It was produced by Josh Eustis (Telefon Tel Aviv) and mastered by Dave Cooley, with appearances by Jasamine White-Gluz (No Joy) and Justin Meldal-Johnson (NIN, Beck, M83, Air) with packaging and design by Juan Mendez of Jealous God/Silent Servant.

Modern Mirror will be released on July 12th via Dais Records. Pre-order here.