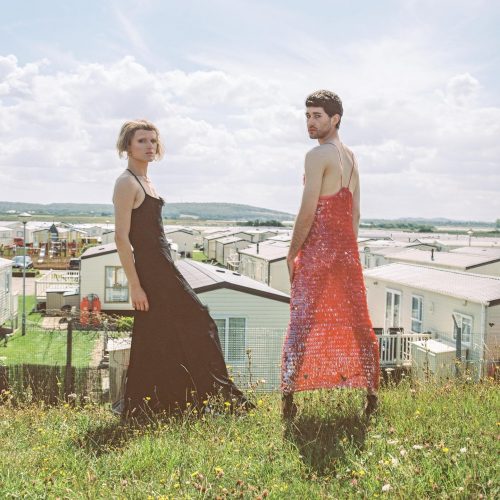 Taking influence from artists like: Pulp, FKA Twigs and Lorde, susan hopes to create a sound that is undeniably dark pop, with a hard hitting message. After their debut tour in 2018, playing latitude festival and their “tour vlog” reaching 300,000 views. susan continued to release music into 2019.

In 2019, susan was on the road again, touring around the UK. Previewing their new material whilst also performing some sounds from their first EP acne. Following this, in March, susan played their sold out headline show at ‘504 Arch – Brixton’. Selling out of merchandise and debuting new content. Last summer, susan appeared at Brighton and Nottingham Pride, and also debuted an atmospheric set at 2000Trees festival. Susan’s next project, a self produced mixtape titled Spit on it, was released in October 2019. Susan continued the message of expression and self identification and writes about the struggles of finding oneself whilst feeling content in a world that is truly uncomfortable. Combining their natural electronic background with indie singer/ songwriter/producer, ‘James Casperr’ susan aimed for a more emotional commercial sound. The single to the mixtape titled ‘Immune’, mastered by Rob Baldock (Little Mix, One Direction), was released with a visual. This project being focused around the meaning of the track: Looking into the feelings of bitterness after a first encounter with somebody. works with dark lighting and visual effects that aims to encapsulate the audience and push the meaning behind the lyrics. susan was also cast as a main character in Johnny Marr’s video for ‘Armatopia’, which was premiered on Noisey. and recently walked the runway for the second time at ‘London Men’s Fashion Week’, where they walked for ‘Art School’, which was covered by Vogue, Wonderland, Dazed and The Face. To finish the year with a high, susan debuted two shows in London and Nottingham throughout December to thank people who have followed them throughout 2019.

Heading into 2020, susan will be releasing a further mixtape titled “Suepreme” which will be released monthly throughout the year. Each will be supported by a visual created by an array of different visual artists and videographers. The aim for this project is to move much more commercially and continue releasing content to their audience.