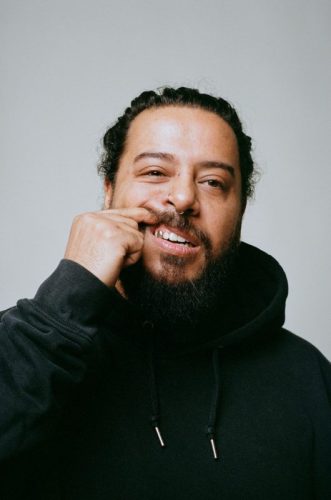 GANZ, A.K.A Jordy Saämena, is an Amsterdam based producer/DJ extraordinaire who developed his masterful blend of hip-hop and electronica from a young age. Overtime, GANZ’s sound has evolved, seeing him explore new territories and experimenting with indie, pop and avant garde music. His latest releases showcase his time spent playing with a multitude of genres and ambient soundscapes, creating something that is truly unique to GANZ.

“If I Could Be Loved” featuring vocals from Eline Mann explodes with colour and vitality. Speaking of the collaboration, Saämena shares, “I really liked her voice and specifically the raw edge which made her voice sound unique to me.” An overwhelming surge of electronic sounds and textures fills the track, with oscillating beats and the ultimate dance worthy melody making this an infectious and vibey anthem.

GANZ has embarked on an artistic takeover of the musical world, with his music catching the attention of tastemakers like Complex, Stereogum and Hypebeast. On top of his musical output, GANZ has maintained a heavy touring schedule. He’s supported Keys N Krates and Destructo separately on North American tours and performed multiple times in Australia, including a gig at Splendour In The Grass. 2022 is set to be an exciting year for the producer, with numerous releases slated for throughout the year.