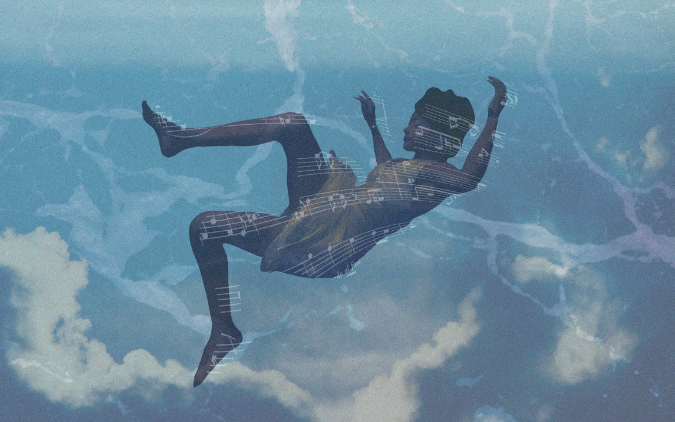 First up is the fresh, feelgood vibes of ‘Lullaby’, a heartfelt duet that sees Anjelo and 20-year-old East London singer-songwriter Rasida trade pitch-perfect vocals. Next up, ‘Destiny’ is a more downbeat, laidback affair, with Anjelo losing himself in the spiritual jazz sound associated with his band The Oracle. It follows last month’s double-single release of ‘Time’ and ‘Brighter Day’, with all four tracks acting as a diverse precursor to his forthcoming EP ‘The Garden’, out in June.

Lullaby is a song that formed in a session with Oracle members Lorenz & Rasida” Anjelo explains. “I remember programming the drum pattern before Lorenz laid down the phenomenal synths. We loved it, me and Rasida wrote our first verses and chorus within the first session! Rasida is phenomenal to work with because of how musically talented she is, her ears are so good. A member of the Oracle band as a backing vocalist, and one of my closest friends for years, I’m excited to be releasing music with Rasida. Conceptually the song is about your partner bringing you peace to sleep at night in a wholesome, comforting way. The playfulness of the beat and the childlike sounding synths is what gave us the inspiration to write.”

Discussing ‘Destiny’, Anjelo divulges: “I wrote the foundation to Destiny originally in a session with Brando Walker & Nathan at Piano Bar Soho. I sat on the song for a long time, I really wanted the song to have a cinematic feel and the writing to truly take off when something “aligns” in the right way for you and it feels destined. Compositionally, ‘Destiny’ is one of my personal favourite songs I’ve written. After writing the song over the course of a couple of months, I brought it to The Oracle Band to record at Dexter Hercules’ studio, where most of the songs for the project were recorded. The songs has Lorenz on keys, Dan on guitar & bass & Wilf on the drums.”

A budding, 22-year-old multi-instrumentalist who was mentored by scene aficionado Julian Joseph, Anjelo attended the coveted BRIT School and plays in the band The Oracle, which includes musicians who work with Tom Misch, Dave, Kali Claire and Blue Lab Beats. He has also engineered and produced for a long list of artists that includes Hak Baker, Rak Su, Yizzy, Morgan Monroe and Bshp.

One of the UK jazz scene’s brightest talents, ‘Lullaby’ / ‘Destiny’ is another expertly crafted double-single from Anjelo Disons.