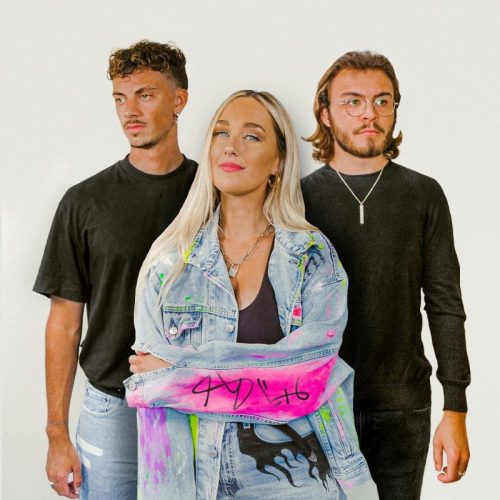 Bridging the gap between pop and innovative dance music results in bangers like ‘GOOD THINGS ARE COMING’ by the duo HOFFEY and music producer Vincent. Vincent & HOFFEY have gifted current and future fans with an official lyric video to sing along to. With lyrics that speak on doubts and the negative ruts that one can find themselves in at any point in their life, the jovial and bursting bass drops make the weight of the lyrics from the beginning melt away from the abyss of negativity.

Speaking about genre classifications and their current sound on ‘GOOD THINGS ARE COMING’ with Phuture Mag (read full interview), HOFFEY mentioned, “‘GOOD THINGS ARE COMING’ would be considered electro-pop! Having Vincent produce this track made it even more so exciting because he loves to think outside the box and push the limits just like us. It’s definitely an anthem of positivity and good vibes!”