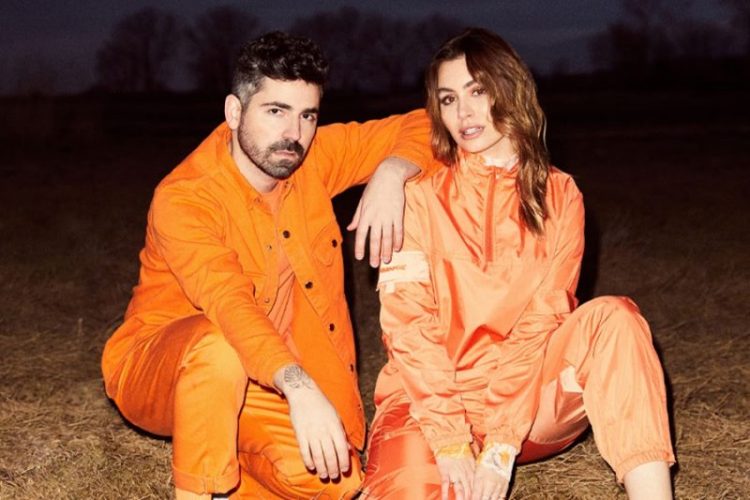 Taelor Deitcher Felix Cartal and Sophie Simmons have just released future radio banger ‘Mine’ via Physical Presents. Felix Cartal was included on Billboard’s list of the 13 Dance Artists that Dominated 2017, he was ranked amongst established acts Odeza, Illenium, and Marshmello. His hits ‘Get What You Give’ and ‘Love Me’ have platinum status in Canada, ‘Love Me’ was also nominated for Dance Recording of the Year for the Juno’s 2020. The producer has collaborated with artists Kaskade, and R3HAB. He has also remixed the works of  Selena Gomez, Zedd, Galantis, Dillon Francis, MØ, Ellie Goulding and Diplo.

Singer Sophie Simmons debut single ‘Black Mirror’ ranked Number 43 on Billboard’s Dance Club Songs charts and remained on the list for ten weeks following. The song eventually reached the impressive rank of Number 20 on that exact list. She has featured in praised publications including Vanity Fair, Billboard, YourEDM, and Cosmopolitan. The singer has had success working for labels Spinnin’ Records and Casablanca Records. Regular collaborations that Sophie does include with the DJ duo Yellow Claw.  Sophie has also featured in influential Youtube channels Ultra Music, Chill Nation, and Majestic Casual. Her stream rate to date is over 30 million plays.

Speaking on the collab, Felix Cartal tells us, “In ‘Mine’ each verse is about a different kind of love. In Verse 1 we have been sixteen and your childhood, Verse 2 a post-college adult and, The Bridge is a more mature adult looking back. We wanted it to be folk-ish in melody and in production to emphasize the focus on it being a narrative, really story-driven. Finally, the drop melody is Sophie singing a clean sweet melody and it being distorted kind of like what happens when one looks back on memories. We often remember them differently as time passes”