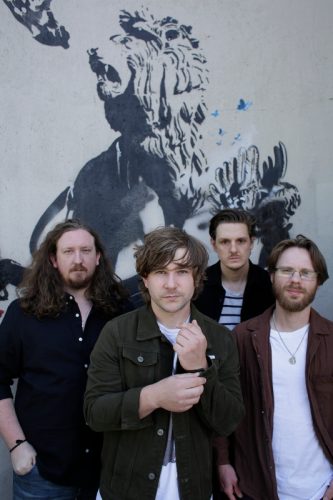 The new album’s song lineup tells a story. The last track concludes satisfactorily, presenting answers to questions pondered regarding the conflicting and agonising emotions explored in every track that proceeds the first song. ‘Could If I Would’, the first track in the album, deals with anticipated hope, courage, and a certain conflicting inability to act in a certain way. The conflict is appeased and essentially addressed in the last track, ‘Call It Off’, which deals with letting go of a situation that does not benefit the self, especially if there is an internal personal conflict.

Mellor relays the conceptual composition of Problematic Passions: “Jake Day has done an impeccable job of mixing the songs and working with us to find the personality of the album. Although not a true concept album, it has a recurring theme of the bad things people do or get themselves into. A problematic passion could be anything from drugs and stealing to manipulation and money troubles”.