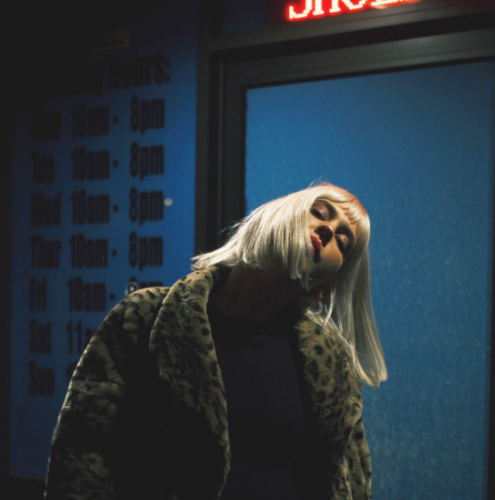 Your Girl Pho is the vivacious on stage persona of Perth based vocalist/producer Phoebe Gunson. In a short time she racked up a slew of coveted support slots with the likes of Post Malone, The Avalanches, E^ST, Kllo, Alice Ivy & spots on acclaimed festivals Groovin’ The Moo, Falls Festival, Laneway, Listen Out, FOMO, Festival Vaiven (Mexico), Music Matters (Singapore), & in 2019 performed her first North American shows when she appeared on the prestigious Canadian Music Week lineup.

Pho is known for her big vocal range, high energy and live looping during shows. A dynamic young artist that bounces with ease across genres, ranging from somber, nostalgic R&B to bright, colourful electro-pop that will have you dancing in your seat. The power, sass and closeness of Pho’s voice is bigger than the limitations of genre, and in 2019 Acid Stag acknowledged her ability to experiment with her sound, referring to her single ‘Don’t Wanna’ as an “extremely impressive cross-genre offering that will leave you gobsmacked.” The crown jewel in her fizzing, elasticated blend of genres, Pho’s “soulful vocals” (NYLON) have enjoyed airplay with triple j, Beats 1, FBi Radio, RTRFM, 4ZZZ and more – via her own work as well as collaborations with electronic producers Palais, Tayrell and Ukiyo.

Often backed by her 4-piece band, consisting of drums & two saxophones, Pho’s warm, dynamic vocals and playful attitude certainly command the room. Acknowledgement of her enthralling live show was received in 2019 when she won the West Australian Music award for ‘Best Live Electronic Act’. Following on from a huge year in 2019 which included acclaimed releases ‘Five-Thirty PM’ and ‘Don’t Wanna’, which sat at #1 in the AMRAP metro download charts Nationally, it’s no surprise she was snapped up by Untitled Group’s tastemaker label Daily Nightly in June of 2020. The tail end of this year sees Pho pen new music & perform shows in her home state of Western Australia.