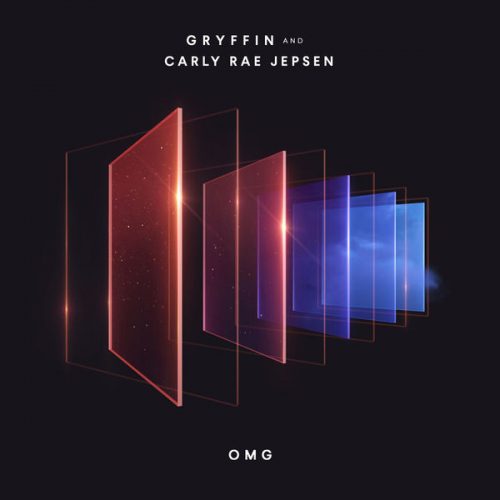 Produced by Gryffin, “OMG” is the latest offering from his forthcoming debut album “Gravity”. “OMG” is an infectious synth-pop powerhouse built on glossy beats and a candy-sweet hook — the ideal accompaniment to Jepsen’s full-hearted vocals. Revealing the subtle brilliance of his sonic approach, Gryffin dreams up a dynamic yet elegant production that never fails to let the song’s massive emotion shine. “Gryffin is a kindred spirit in the way he thinks about music, I’m grateful to be a part of this song,” says Carly Rae Jepsen. Says Gryffin on the song, “OMG was one of the most fun experiences I’ve ever had in making a record.  Getting to work with Carly Rae Jepsen was such an honor as I’ve been a big fan of her work for a long time and I’m so happy with how the track seamlessly blends both of our styles.  I hope everybody loves it as much as we do and feels the fun, summery energy of the record.” Due out later this year via Darkroom/Geffen Records, Gravity will also include Gryffin’s previously released singles “Hurt People” (a collaboration with singer/songwriter Aloe Blacc, co-written by Bastille frontman Dan Smith) and “All You Need to Know” by Gryffin with SLANDER ft. Calle Lehmann (a #12 hit on the Billboard Hot Dance/Electronic chart). In addition, single “Remember” feat with ZOHARA currently holds the #1 spot on Dance Radio. Gryffin made his breakthrough in 2016 with two singles showcasing his melodic take on dance music: “Heading Home” ft. Josef Salvat (which shot to #1 on Spotify’s US and Global Viral charts) and the Bipolar Sunshine collaboration “Whole Heart.”

In addition, his 2017 smash single “Feel Good” — with Illenium and featuring Daya — peaked at #18 on the Dance/Mix Show Airplay charts. Gryffin’s recent triumphs include “Tie Me Down” ft. Elley Duhé (an August release that hit #2 on the Spotify US Viral Chart and #9 on the Global Viral Chart, with over 80 million streams to date) and “Remember” ft. Zohara(a November release that garnered 6.5 million streams in its first few weeks and gained support from Tiesto, who featured the track on an Instagram story).