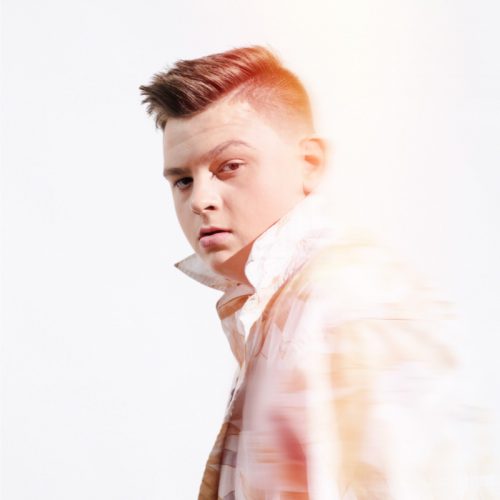 The frontman of indie band Saint Mars Tryzdin has released his first solo  ‘A New Way’, which premiered via CelebMix. Tryzdin gained publicity after releasing his remarkable rendition of pop queen Adele’s single ‘Hello’, which generated buzz across renowned publications like Huffington Post, Daily Mirror, RFM, as well as television networks like Fox News and NBC4 TV. The young singer then joined the band Saint Mars as their lead singer. Saint Mars has been streamed just under 3 million times across major music streaming services.

We find out more about Tryzdin in this exclusive.

I remember driving around with my parent and listening to RnB and pop music in the car.

I like to know what I am writing about before jumping right into the song. So first I usually find a good story or just something interesting, then I write about it. I like to find the chorus first and then build around that. Then I find the right beat and start putting the song together.

I prefer a live audience because it really makes all the music make and the hard work pays off.

I was in 1st grade at my Elementary School talent show. I was singing ‘Rolling in the Deep’ by Adele; at the end of the performance, I remember the crowd cheering and clapping. At that moment I knew that I wanted to become a performer.

You previously mentioned this about the new single, “The song to me is about empowerment and overcoming your fears and especially overcoming hate”. How does one overcome hate?

The way I did it was starting to ignore it or really pretending they weren’t there. I also started working harder on everything they were telling me I couldn’t do, I then realized that the more I did that, the less it did affect me.

I would play a mix of all genres. I would do that because all music has its own stories and they all have a meaning.

Billie Eilish ‘When We All Fall Asleep Where Do We Go’, Ben Platt ‘Sing To Me Instead’, Xxxtentacion ‘?’, Tom Walker ‘What A Time To Be Alive’, and Alec Benjamin ‘These Two Windows’

Describe the process of creating your solo single.

It was really stressful, to be honest, there was a lot of times where I wanted to give up and I thought “no one would like my music”, there was also a lot of not knowing what to do next and how to make the song the best it could be. But I’m the end it was all worth it, and I’m happy people like the song.

Success to me is being recognized on the streets, performing across the world, millions of people listening to your music. Success to me is not money or materialistic things. It’s really all about how your music or your craft makes people feel.

Don’t change yourself to fit someone else’s mold.