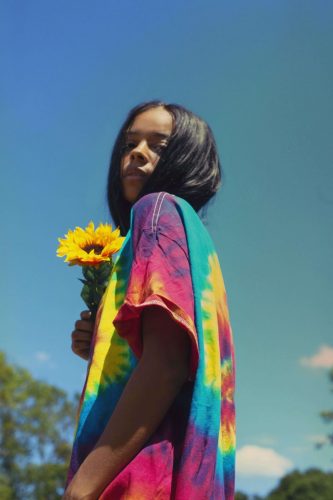 Channeling an ever-growing electronic pop sensibility in her music, ‘Change’ features vocals from British singer songwriter Gabrielle Aplin—whom TSHA met at a Spotify writing camp last year–over hazy drums and acid-flecked synth-lines. “She has a beautiful voice and is such a great writer” says TSHA, “we had such a good time working together”.

Tipped as “one to watch” by NME, Mixmag, Billboard, DJ Mag and BBC R1’s Pete Tong, TSHA is a London based producer who is quickly emerging as one of the most exciting young artists around. Her forthcoming EP “Flowers”, without doubt her most ambitious and accomplished body of work so far.

Previous single ‘Sister’—written during lockdown after TSHA found out she had an older half sister—is a vibrant piece of music packed with melody and emotion, and received support from the likes of Mixmag, NME, Resident Advisor, London in Stereo, DJ Mag, XLR8R, Dancing Astronaut and more. Elsewhere on the release, TSHA demonstrates the impressive depth and range across the EP with ‘Renegade’ and ‘Demba’. The latter, a collaboration with Malian griot music group Trio Da Kali, is another dancefloor sureshot recently previewed by Bonobo on his OUTLIER radio show on NTS.