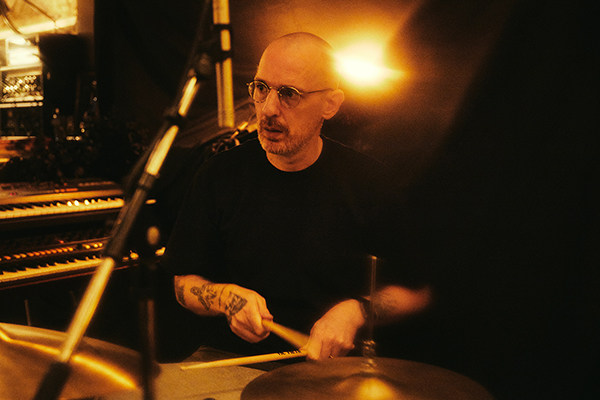 Masterly producer Rose Noir shared his brand new radiant EP Bloom and the mesmerising track ‘Hope’ via Halfeti Records on the 28th of October. The musician extracts his inspiration from the ‘70s motion pictures and obscure music libraries to produce fascinating musical sounds that demand attention.

‘Hope’ excites the ears with its powerful philharmonic delivery, its dancing bass guitar strings and its gentle drum beats. Should you close your eyes whilst listening to the song, it guarantees that you would see yourself walking the streets in the 1971 Shaft movie. Continue reading below for the interview.

Hope is a powerful emotion. Why did you choose this word for the title of the focus track?

We just got out of a very complicated pandemic period, even though it continues today, and we are now entering what looks to be a long recession. The world is going through so much right now that it’s essential that we stay unified and positive because it will eventually improve. The power of music is its ability to make people feel better and free themselves emotionally for a moment. All of those things are in ‘Hope’, a track that is a little intriguing, builds tension and gives you hope that a better ending is on the way.

How would you like the listeners to be impacted by the EP Bloom?

Taking a breather from the real world, you experience different states of mind, such as happiness, sadness, tension, stress, relief; all of these sensations make you feel alive. I would love the listener to take their time and get absorbed in the music for a moment. Music is meant to be appreciated, not consumed and digested immediately. You should be able to discover new flavours as you go back to it, as it ages like wine.

Music was introduced to me at an early age. On my portable turntable, I played 7” vinyl records of anime soundtracks repeatedly. I started skateboarding at the age of 9 years old, and I’d practice with an older guy who introduced me to Public Enemy’s Fear of a Black Planet, which was a game changer for me. As this was my first encounter with hip-hop and rap, I was very intrigued by it. Both of my brothers were DJs, one in the ‘70s and one in the ‘90s, which exposed me to amazing music like funk, soul, disco, or early house and dance.

In 2020, I started working on the project during the first Covid lockdown. Recently, I moved back to France after living in LA for the past six years and had access to a great studio filled with musical instruments and analog gear. At that time, I was making electronic music, but I needed a breath of fresh air. I remember hearing a track in my dream, and it was so good that I recorded the melody on my phone in the hope of recreating it in the studio the next day, which I did. The music was just pouring out of me, and I was writing track after track for months. The process was very simple and without any pressure or stress. I would usually learn a few chords and record some melodies with the Rhodes or the Yamaha CP70 and build around it, tracking drum elements one by one and recording percussion sounds, adding a good amount of computer magic. It’s just really a big experiment that turned out very well in my opinion. Me having fun and learning things as I go is a big part of the project.

Since the project is at a very early stage and having only released my debut EP so far, I have not been able to play live shows yet. I am building a band of very talented musicians from different horizons, and we’re planning on playing shows sometime next year. This will be totally new for me as I’ve never played with anyone before. I have been playing shows for the past 20 years with different aliases but always alone, so I am really looking forward to that new experience. Right now I’d say I feel more comfortable making music in the studio by myself, but I also love to DJ.

I don’t personally consider myself a good “live” musician, but I know how to use a computer. The best feeling is when I play my music to experienced musicians and jazz men, and they ask me who’s playing this or that instrument, and I tell them I wrote all the music by myself and that sometimes no one is playing the instruments. Definitely tells me I am doing something right with the project, my main goal being to make music that sounds like a live band recorded in a studio.

Rose Noir is a 2 parts project. So far I only released the Jazz-Funk Library side, but the next EP will be a collection of instrumental beats a la maniere de Madlib or Jaydee which were some of my biggest influences since the beginning of my musical journey. With Rose Noir, I really wanted to showcase my roots, and If I had to put together a radio show, I would play a mix of Jazz-Funk, Jazz-Rock, obscure library music, 90s hip-hop, original sampled songs, all the music that has shaped me musically and inspires me to this day.

– Brian Bennett – Voyage (one of my all-time classics).

– Quasimoto – The Unseen (This was an eye-opener record for me, changed my life).

– Jaylib – Champion Sound (nothing to say about this album, 2 genii together).

Those aren’t rare records but really some of my all-time favorites off the top of my head right now.

The only thing I would like to achieve with my music is to touch as many souls as I can, leaving a mark on their musical journey. Not just being “one more record” between the now over 70.000 tracks released a day on Spotify. That’s also why I decided to press it on vinyl: I want Rose Noir’s music to be fixed on a medium that’s going to be here for a long time. A record that could be found by a crate digger/producer, be sampled even, recycled in a way. I want the music to be timeless, to bring back memories, to inspire people. Showcase the music live, bring people together and appreciate it. That would be success to me nowadays. The project is not driven by money or fame, I achieved both these things earlier in my carriers, and they don’t make you happy.

We’re building this project together from scratch right now, and I’m hoping to bring something great to the listeners. I’m having fun and all I want is for them to have as much fun as me.