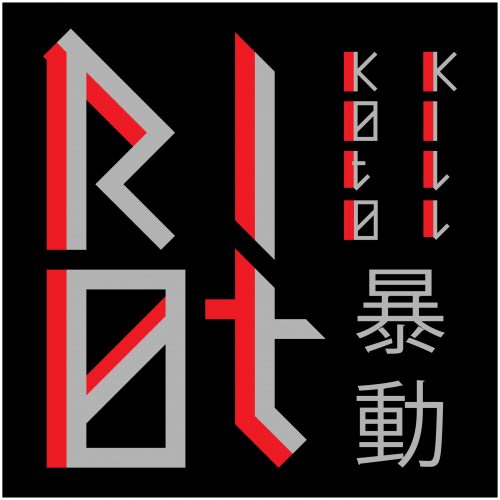 Collaborative project Koto Kill, which was created by digital designer and producer Gabriel Ralls has released the video for his new single ‘Riot at 45’ via Dystopian Disco. The song features two former members of Plastique, Gabriel Ralls’ former band. On ‘Riot at 45’ there is Ralls on production,  Anelize Kunz on bass and vocals by Beatrice Bonnano who is also the lead vocalist and guitarist of Dronningen and The Actions guitarist Mo Stellato. Gabriel Ralls released two albums whilst working under Plastique.

The albums titled “Plastique” and ‘#SocialScar’ received great support from the likes of BBC Radio 6’s Tom Robinson, Music Week and Stereoboard.Gabriel Ralls is a digital producer and video producer who stems from Somerset in the South West region of England and has previous experience in the video gaming industry. Gabriel Ralls now makes music as Koto Kill which is a project that focuses on collaborations between musicians from different bands as whilst simultaneously blending industrial rock and dance in keeping with the unique essence of Plastiques’ sound. The London-based producer is influenced by artists such as Massive Attack, St Vincent, Goldfrapp, Michael Jackson, Garbage, Deftones, Autechre, Radiohead and Nine Inch Nails, Ralls uses his musical knowledge and musical history to capture a nineties coolness on “Riot at 45.”

Speaking of the single Koto Kill producer says “Riot at 45 is about a heist-turned-party at a record store. It was inspired by The Prodigy, but after collaborating with Mo Stellato on the guitars, we also ended up taking certain Tool influences for good measure. We wanted something that evoked a 90s Marilyn Manson sexy coolness.”Watch the ‘Riot at 45’ video here