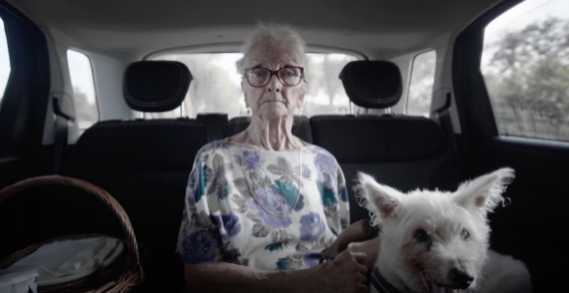 The video for Matilde Davoli’s new single ‘Il Coraggio di Provare’ has been shared, ahead of the release of her upcoming full album Home – set to drop on November 5th via Loyal To your Dreams.

Directed by Niccolò Natali of SANTABELVA, the video was shot in Marina di Pisa, Tuscany. The track’s monumental soundscape is well suited to the visuals which tell the surreal story of a woman reliving her youth through a daydream. The catalyst is a strange and beautiful dress made from a parachute, that metaphorically speaks of flying away.

‘Il Coraggio di Provare’ is a track to seek out when respite from this busy world is sought. The song is both uplifting and soothing, and Davoli’s ability to render emotion with sound has created something here that resonates with subtle power.

Davoli gives some insight into the plot: “The video for my latest single features Caterina, an elderly woman, who finds a special dress from when she was young, made from a parachute. This memory will transport her far from the picnic she’s having with her grandchildren, and to a post-war summer in the company of military deserters. We wanted the video to be an immersive sound journey of extraordinary evocative power, where the intimate and suspended music marries with Caterina’s emotions, while she digs distant memories that require a little courage to be lived again.”