Mellor rejuvenates with single ‘Meet me by the Ocean’

Homepage > News > Mellor rejuvenates with single ‘Meet me by the Ocean’ 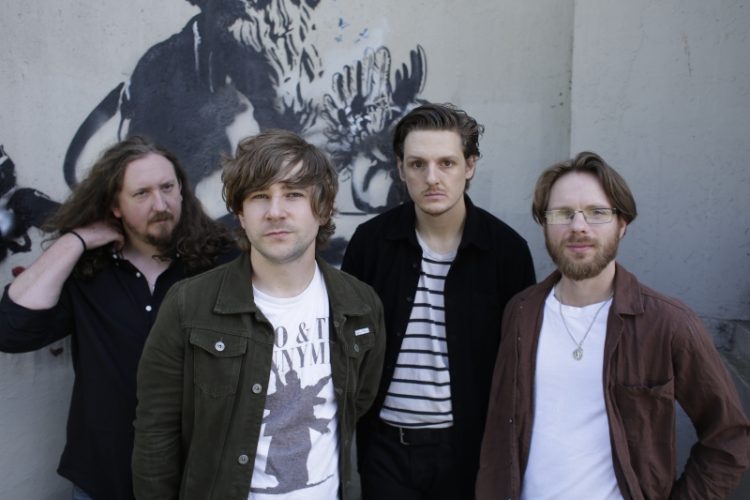 Under Triple B Records, the fierce indie rock band Mellor released their latest single ‘Meet me by the Ocean’ on the 21st of October, preceding their forthcoming album Problematic Passions. Mellor was started by Gary Kingham and Josh Woodward who met in college and is comprised of Josh Woodward on bass, Gary Kingham on guitar and lead vocalist, Kristian Bell on guitar and Sam Igoe on drums.

Mellor’s ‘Meet me by the Ocean’ discharges formidable confidence as heard in the powerful vocals that are enduring in their transmission of the emotions behind the lyrics and consistently illicit anticipation in listeners about the subsequent vocal cords. The words that come to mind regarding the vocalisation are robust, commanding and mighty among many which are carefully and perfectly woven into the musical notes of the song.

Mellor discusses the theme of the single with these words: “MMBTO is a tragic love story. It’s about a suicide pact, a couple who end their lives together peacefully before the world consumes them. In a world of war and global warming, it’s a sobering fantasy of walking into the ocean together, side by side. It’s a track that doesn’t quite follow our usual formula. It came together organically, stemming from Kris’s (lead guitar) pedalling riff and the ambient guitar line/vocal combination”.