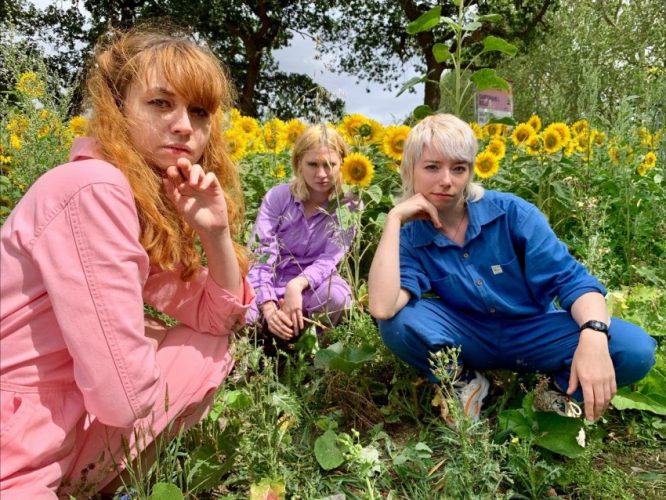 London indie-punk trio cheerbleederz are pleased to reveal a video for their new single ‘sometimes I cry at work’ released 30th April 2020—the track is the latest to be taken from their second EP lobotomy, which is out now on Alcopop! Records.

Both a fan and band favourite, ‘sometimes I cry at work’ was a surprise sleeper hit from the new EP on streaming platforms. Landing cheerbleederz a cover shot on Spotify’s Hot New Bands playlist and a spot on The Rock List, plus key radio support from John Kennedy (Radio X) and Tom Robinson (BBC 6music), the new record clearly resonated on an even broader scale with listeners.

The track is accompanied by a super-fun, emotional rollercoaster of a video, which was filmed and directed by the band in self-isolation, and was edited by drummer Phoebe Cross and long-time collaborator Rich Mandell.