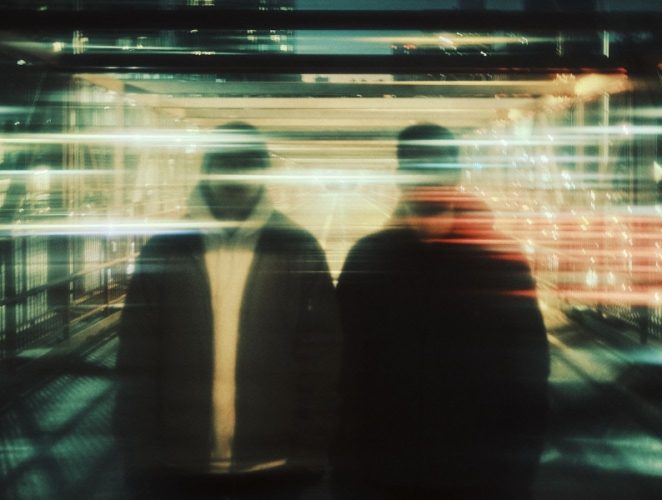 ODESZA’s forthcoming album ‘The Last Goodbye’ will be out on the July 22nd (on Foreign Family Collective/Ninja Tune), and as the GRAMMY-nominated duo of Harrison Mills and Clayton Knight inch towards its much-anticipated, full unveiling, they  have released the latest track “Light Of Day (feat. Ólafur Arnalds)”, giving fans one final taste of what’s to come before the LP finally drops.

The track is a cinematic escape that transforms from a futuristic piano-driven ballad into a complex electronic reveal with an enchanting vocal refrain courtesy of Stephen Ambrose. The song is a collaboration with longtime friend and Icelandic instrumentalist, Ólafur Arnalds – building the orchestral foundation together that gives this song this dichotomy of fragility and resilience, throughout. The vocal pulls from a folk song Ambrose released in 1972 titled ‘Mary’. Ambrose, too, is a pioneer in the audio world, responsible for paving the way for touring musicians in his invention and development of the first wireless in-ear monitors, which are now found on stage around the world.

On the collaboration, ODESZA notes:

“Light of Day was one of the first songs off the record we finished. It served as a bookend for the record – and really, a guiding light for the project as a whole. This song started with Ólafur, an incredible artist and longtime friend, sending an initial idea our way. The vocal sample is from a 1970s folk song titled “Mary” that we discovered digging through old records – featuring Stephen Ambrose. We see that vocal as a slow building mantra of sorts, something we that hoped would evoke this feeling of being at peace.”

Last week, ODESZA further teased the upcoming LP by debuting the first phase of “The Maze”, an interactive & strategic web game which explores the themes of the album via “quests” assigned to each track. Very much like a virtual scavenger hunt, “The Maze” requires fans to scour ODESZA’s web and social channels in addition to real life activations and communal teamwork to uncover clues and unlock rewards and prizes. A nod to the bond they’ve forged with their fanbase, the maze has sparked a collective frenzy that’s engaged them in full force, as they work together to solve the puzzle.

A true testament to the connection they’ve developed with their community, ODESZA sold over 350k tickets during the initial 48-hour ticket on-sale period of their upcoming “The Last Goodbye Tour”, reaffirming the Seattle duo as one of modern music live performance juggernauts. Three nights at Seattle’s Climate Pledge Arena, two nights at LA’s The Forum, and two nights at New York’s Forest Hills Stadium are just a few of the notable and massive sell-out shows. In a recent cover feature, in reference to the tour, Pollstar plainly stated “ODESZA makes history”. Full dates HERE.

Additionally, ODESZA is partnering with environmental nonprofit and music industry veterans REVERB to make their tour more environmentally sustainable and to engage fans to take action for people and the planet. Not only will the tour be carbon negative, eliminating substantially more greenhouse gas pollution than the tour creates, there will also be engagements at each show to encourage fans to get involved to take action against climate change.

With over 5 billion total streams, ODESZA have masterfully reemerged to remind the world what has made the duo of Harrison Mills and Clayton Knight cornerstones of the modern electronic landscape. Their last album ‘A Moment Apart’ was not only a commercial success (going gold and debuting at no. 3 on the Billboard 200), but it also earned critical acclaim including two GRAMMY nominations and praise from the likes of NPR, Rolling Stone, Billboard, Complex, Consequence and more.

The duo has cultivated a diehard fan base of massive proportions: known for their groundbreaking, awe-inspiring and immersive live performance, which reached 2.85m+ fans over the course of their ‘A Moment Apart’ tour. They also have had headline performances at the likes of Coachella, Lollapalooza & more, as well as performed on Jimmy Kimmel Live! and Conan, and launched their own music festival SUNDARA in Riviera Maya, Mexico in 2019.

1. This Version Of You (feat. Julianna Barwick)