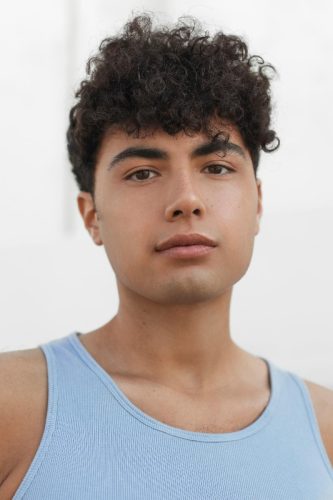 Toronto, ON – On November 11, emerging Canadian pop artist Josh Alexander is set to release his inspiring new EP Forevermore via Believe Canada and all streaming platforms.

Produced by up-and-coming Johan Modrin, the six-track EP is daring, beautiful and brave. Within it, Josh has created a lyrical sensation that drives pop through the bass of a heartbeat, plucking those strings with each melody.

Forevermore takes a trip from a heartfelt opening on “Sincerely, Josh” to Hurricane, a driving pop anthem that was released earlier this year and is a homage to loved ones enduring hard times. The EP’s title track, “Forevermore”, is a perfect exit from this uplifting, creative twist on trendsetting vibrations, encapsulating emotions of undeniable love, power and vulnerability.

“This collection of songs is a letter to the ones I love,” says Josh Alexander. “I put my whole heart into this EP, and I can’t wait to bring you all on this journey with me, Forevermore.”

Before settling in Montreal, Josh was born and raised in a Latin Canadian household in Quebec City. The young creative has always surrounded himself with music and grew up constantly singing cover songs from his favourite acts including Coldplay and John Legend. Since his debut on Quebec singing competition La Voix, Josh’s passion for music has led him through various adventures, with the song Je serai là featured in the children’s film La course des Tuques. Later in 2019, Josh Alexander released Level Up which was just the beginning for this rising Quebec pop artist. With a voice that ties range and authenticity into a mesmerizing dance, this hot new artist is on the rise across Canada.