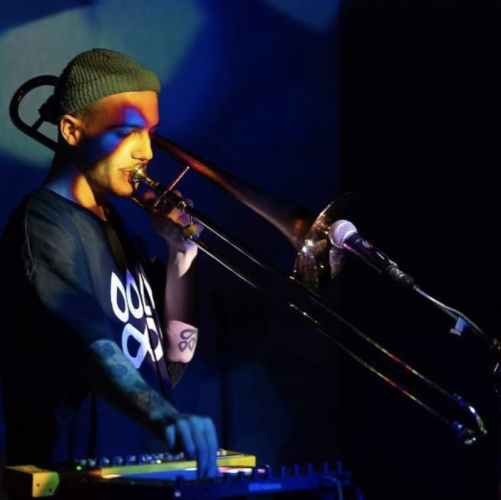 Bulgarian instrumental hip-hop producer  Bojidar Vasilev a.k.a. TromBobby has teamed up with New Jersey vocalist Jermaine Holmes for this forthcoming album release PAUSE VOL.1. The album is slated for release on the 21st of April via Stereofox. We got a  taste of this new album with ‘LONGING’ which featured vocals from Jermaine Holmes. With a sensual fusion of jazz and an undeniable groove, we are hooked on this track and look forward to what the rest of the album is going to sound like. We chatted with TromBobby about his latest project and artistry below.

I guess it will be hearing the Bulgarian National Bigband when I was about four at Studio 1. My grandmother took me because her brother was the conductor. I also remember being fascinated by the sound that the lowest piano keys made. Could play them for hours.

I start with either the melody or harmony. Then continue with bass and drums. In the case of ‘Longing’ – Jermaine recorded it on a different beat. It was like a resampled, faster version of a very slow, older one. After he sent me the vocals, I deleted everything else, kept the tempo and reharmonized the whole thing. The next single that we’re gonna drop was made for something like two days. Sometimes you need to search longer for the right vibe and sometimes it’s right there from the start.

I would say music creation is my thing, just because I love the process. Although, live shows can charge you for days, giving you a better perspective on how your music can be improved.

That moment when the audience sings the lyrics that you made up in your head in a moment of honesty. That’s beautiful.

A Grammy would look great in my parents’ house, although paying the bills and living a normal life thanks to music feels like a blessing every day.

Peace & love. “Keep in mind that I’m an artist and I’m sensitive about my s*it”.