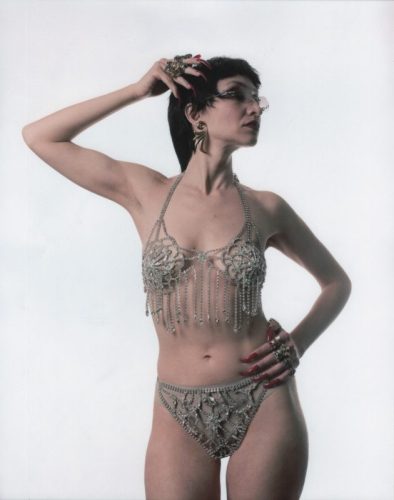 Attention commanding musician NAVA has shared her latest four-track EP NAFAS. The Oyez! release also features the charming but daring track ‘GAZ’ which speaks on the struggles of being an artist and woman in the modern world. The rest of the EP shares other thoughts on relationships and loyalty with confidence and an avant pop glow.

Pounding drums and bold synth elements open the track ‘Senti’, which mixes foreign languages with English. The result is a beautiful juxtaposition of languages and sounds that playfully collide with each other. Featured song ‘YEK’ is as bold as its capitalized track title suggests. Packed with dark electronic elements, there is an eerie element to its mood but it still maintains a composed and fierce tone like the rest of the EP.

The final track ‘Respiro’ has otherworldly qualities with aired-out synth notes and a gentle beat. The entire track is sung with conviction and poise that is highly addictive.