Review: synthpop duo At 1980 create nostalgia for time past 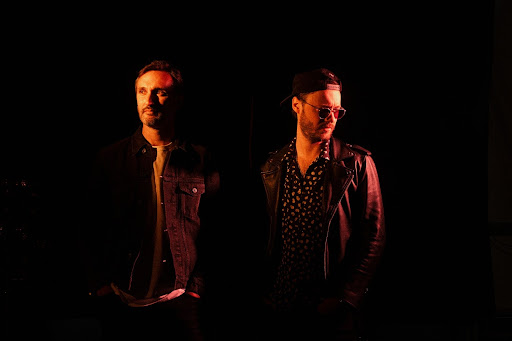 Atmospheric and lighthearted are some of the words that can be used to describe the synthpop band At 1980’s new album Late Night Calls via NewRetroWave. This duo consists of pals Adrian Quesada Michelena and Josh Dally, who have said that the ‘80s will never stop being influential to their sound. They have cited names like Bryan Adams and The Midnight as huge inspirations to the music they create today. The vocals somewhat call to mind a radiant and younger Bryan Adams, maybe this could be the re-incarnation of the man himself?

With track names like ‘Maria’, ‘California Nights’ and ‘We Were on Fire’ we can already sum up that this album has substance and will add value to any playlist that is open to explore an undiscovered love for the ‘80s for some and may just leave others thinking back to simpler times in their life. The album theme of having a lust for life runs through each track like clockwork, whether it’s the sentimental lyrics of ‘We Were on Fire’ or the more upbeat tone ‘Nothing Left To Say’. This album will be a hit amongst those who love ‘80s adventure films in which the hero wins in the end.

Each song on this album is as good as the next, but ‘We Were on Fire’ leaves us feeling as soft as putty. You cannot help but daydream, as you think back to your days as an adolescent and all the adventures that you joined in on with your mates – some memories may make you feel giddy and perhaps cringe for a few seconds. But then you think about all the fun that was had and within an instant, you feel appreciative for those times.