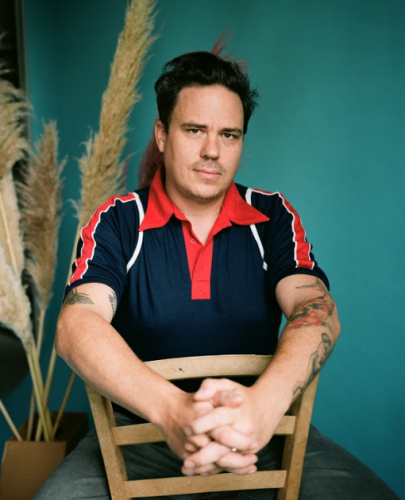 “Impatience” is River Into Lake ́s second single off the 10” EP “The Crossing”, that is to be released on December 4th via Humpty Dumpty Records. In the continuity of the previous album

“Let the beast out”, the EP is tinted by the mix of analog synthesizers and acoustic instruments,and dealing with current problems. Each song is accompanied by a visual from by David Delruelle, which is supporting its point.

“’Impatience’ deals with the anxieties that may have arisen during the crisis we are all living through. Based on a co-written text with Aurélie Muller (Blondy Brownie / Trésor), the track is inspired as much by the prepper wave that has developed terribly in recent years, as by people who rushed into stores at the start of the health crisis- examples that remind us that we are so few in the face of fear and that during this time, the earth continues its cycle around the galaxy…”