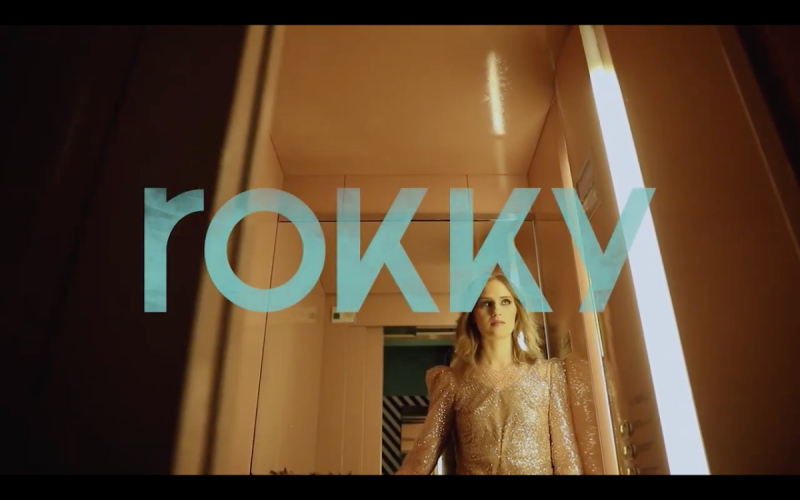 Roots in Iceland, raised in England, and a resident of France and Germany, ROKKY distills the very best of European pop and club culture.  Written in France and a song about submission, ‘deux’ combines ROKKY’s signature tough dance beats with a sensual French lyric, its dizzying sensual video is online now.

“If you want something done right, do it yourself.”

If ROKKY has a mantra, this is it.

“I know what I like and I work hard to create the sounds and beats I love,” says this self-taught musician, producer and nomad currently living in Berlin.

ROKKY’s calm, composed exterior belies a driven individual who thrives on challenges. In her teens, she moved to her parents native Iceland, immersing herself in the local music scene.

When she discovered Garageband, at age twelve, making her own music became a reality and she discovered that she could realise the beats and sounds she had in her head.  She decided to enroll in a sound engineering course – undeterred at being the only female in the class – and threw herself into her newfound passion.

ROKKY spent the rest of her early childhood in Oxford and moved to Berlin in 2013. “Moving to Berlin and going out definitely opened my eyes to a whole new world of techno, dance music and DJs. It’s helped me get deeper into that world. The city has such a freedom to it, it’s allowed me the confidence to make the music I truly love.” she says.

Meeting Sofi Tukker at their show in Berlin in 2016  “changed everything for me” says ROKKY.  Dancing by the stage, singing every word, ROKKY caught Sophie’s eye and she jumped off stage to dance with her.  After the show, ROKKY leaped at the opportunity to show the Grammy nominated Dance duo around her city. A night at Berghain with the band ended with a promise to stay in touch, and shortly after ROKKY sent them her music.  Sophie and Tucker were so impressed they gave her feedback and started collaborating – “I was in complete shock, I couldn’t believe someone else would believe in my songs as much as they did.”

Being a natural linguist – she speaks six languages – allowed for spontaneous moves to France and Germany and its clear that stints in both countries have played their part in her sound.  Her love of French electronic music and pop and her embracing of Berlin’s club and techno scene are evident on her new single ‘deux’ released on +1 Records on May 8th, 2019.  Written in France and a song about submission, ‘deux’ combines ROKKY’s signature tough dance beats with a sensual French lyric- – “it’s great synth wave sound and a vocal that is so raw and relaxed.”