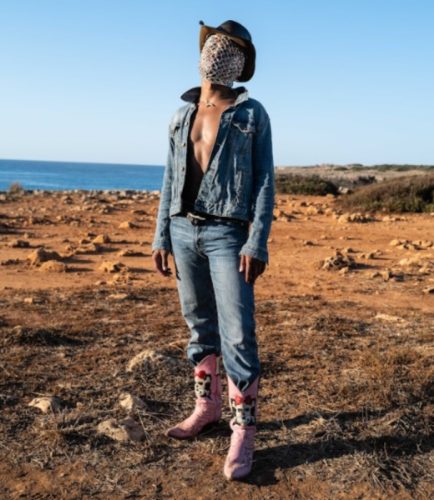 Delving into a more rhythmic and modern flow, there’s a double meaning behind the title of this tune. “FTS” (Feel the Same) explores the rabbit hole of toxic relationships and understanding when to call it quits, even though the love is still there. “I’m a complex, emotional person.  We have to grow and allow each other the freedom to do the same,” Sedric says when asked about the inspiration for the track. “No one person has all the answers on how you should live your life, and even if I met them, they’d probably bore me. I’m okay with figuring it out. No matter how much time and love we invest in people or places, sometimes you have to say “FTS” (fuck that shit), give yourself persmission to move forward, and fall in love with yourself so hard that even losing everything can’t break you. There’s no compromise in that – only more love, more light, more growth, more peace. I want that.”

As a creative, breaking barriers have been at the forefront of Sedric Perry’s artistic expression. He is driven to create a more accepting and inclusive world. His art reflects the love he has for his community, and his previous single “CMB” (Count My Blessings) is no different. Just one week after experiencing a hate crime in Senegal, Sedric removed his bandages and filmed the music video for CMB with the support of his tribe in Dakar. He decided to shift the narrative of the victim, back to one of strength and perseverance. “No matter what, it is my goal to push the conversation forward”. Now, he gets even more personal as he explores the struggles of queer love in “FTS”. He also makes his debut as a director in the upcoming music video.

You may recognize him from the critically acclaimed cult duo FHAT music. The brash queer duo made waves in Berlin, and turned heads among queer icons like Ru Paul and could be seen on HBO’s “We’re Here”. Last year his main projects (FHAT, Yuphoric, Sedric Perry) collectively received 6 million streams independently. His work can be seen on Billboard, Complex, and Gay Times Magazine. This year, he received a BMVA for his latest music video collaboration “Unbreakable Habits”. In spite of any setbacks which he reveals in the EP, he shows no signs of slowing down. Fans of Brent Fiyaz and 90s R&B will appreciate this mellow, yet energetic bop.