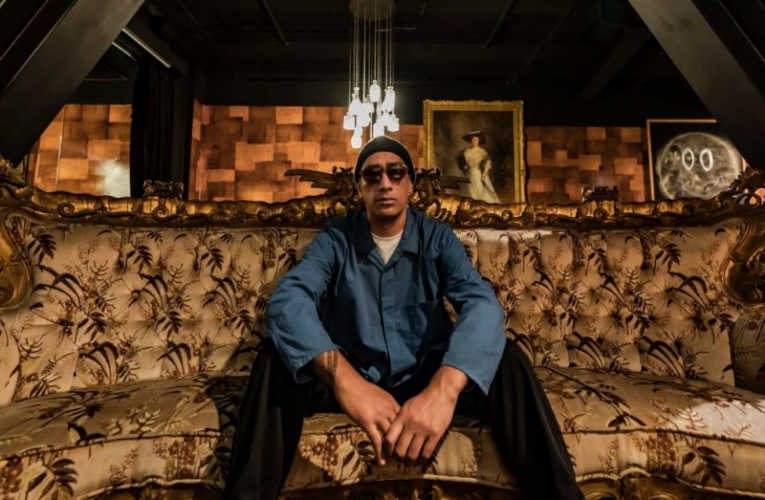 Spider follows on last year’s lockdown single ‘No Flowers’ which marked Dallas Tamaira‘s return to his roots as a solo artist after Fat Freddy’s Drop, of which Dallas is the founder member and vocalist, had a two month UK/European tour ground to a halt during the first COVID lockdown in March 2020. The acclaimed Kiwi band was forced to cancel the 14 sold out arena shows and return home facing a largely uncertain future. Dallas turned the potentially negative experience of self-isolation into a positive and productive time.

The brand new single ‘Spider’  represents the peaceful, slower pace of life Tamaira fell in love with during his confinement at home. Produced with friend, musician and producer Devin Abrams (Pacific Heights/Drax Project), the single late-night summer vibes, dark guitar and heavy bass contrasted with large sweeping layers of vocals are brought together with soulful piano flourishes. The result is smooth, lush, low-fi slow soul, delivered by arguably one of the world’s most gifted soul vocalists.

Talking about the track Dallas says; the underlying message in the lyrics is that life can be hard sometimes and that’s ok. For some people it’s more important to see the world for how it is rather than maintaining a constant positive outlook. We are all built differently and that’s a beautiful thing. Whether you choose to be present in the now or escape reality completely, do it on your own terms and don’t let anyone else tell you how to live your life.

Under the moniker of Joe Dukie Dallas rose to international acclaim as the velvet smooth vocalist for Fat Freddy’s Drop, a band considered one of the finest live draws worldwide. Dallas is of Ngati Tuwharetoa and Pakeha descent, born in Ōtautahi / Christchurch and raised in the small coastal town of Kaikoura. Music is in the blood, his Freddy’s stage name is inspired by his father singer-songwriter Joe and paternal grandfather, a musician nicknamed Dukie after Duke Ellington.

Dallas has fronted Fat Freddy’ s Drop powerhouse from the early underground days in Wellington to headlining sell out shows across Europe, UK, Australia and back home in Aotearoa New Zealand. In 2005 Dallas was awarded Best Vocalist at the bNet NZ Music Awards, and he also illustrated Freddy’s iconic cartoon characters for HOPE and B.O.A.T.S albums.

As a guest vocalist Dallas worked and recorded tracks for international acts such as The Nextmen, Gentlemen’s Dub Club, Eva Be, Recloose and Boozoo Bajou and New Zealand artists including Pacific Heights, Tubbs and Shapeshifter.