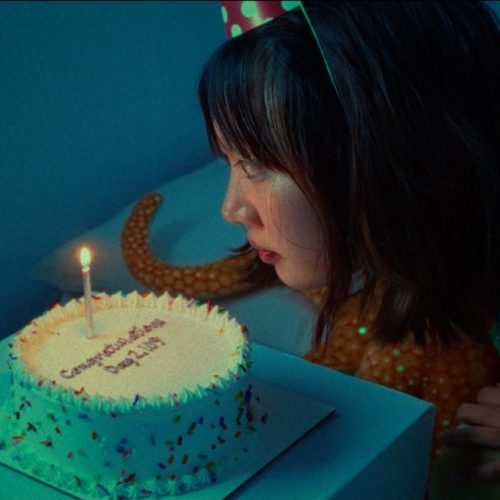 Award-winning synth-pop extraordinaire ena mori has graced her fans with another striking video for her single ‘SOS’, out now via Offshore Music Ph. Despite what the title says, ena mori needs no help curating sounds designed to pique interest and storyboarding a video that is capable of displaying her flair for the dramatic.

Revealing a playful perspective on internal turmoil, ‘SOS’ graces the listener with a zany palette of high-energy synths and retro vocals that feel influenced by the free-spirited ‘80s era, while somehow still maintaining a fresh feel and bringing pop into the twenty-first century.

Her exuberance is infectious. Even the most rigid stiff would be unable to resist tapping their foot along with this upbeat artwork. ena mori is an artist who has proved that she can create conceptually-strong mini-stories to accompany her audio explorations, based on how she relates to her feelings. All in all ‘SOS’ is a joyous soundtrack to the human condition.