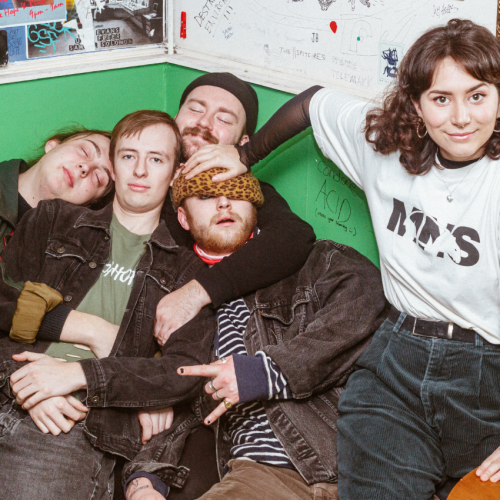 Band Milo Gore has shared their music video for their single ‘Green Eyes’. The single is lifted off of their upcoming album title, How Do You Cope While Grieving For The Living? (August 2020). Milo Gore cites musical influence from acts like Girl in Red, Penelope Isles, The 1975, Bears Den and Idles.The band consists of university pals, including lead singer and founder Milo. ‘Green Eyes’ chronicles Milo’s previous heartbreak.

Milo Gore explains in further detail, “The ‘Green Eyes’ music video is about the rise and fall of Milo’s past relationship. The video depicts the story of how he and his girlfriend first met, and consequently, how they drifted apart. The two should have never ended up together – they both had issues with their mental health, issues that were clearly going unchecked. Perhaps that’s what initially brought them together? However, it was sadly the thing that also tore them apart.

The ‘Green Eyes’ video was performed by Grace Collett and Robi Schein Bogdanov. Robi is portraying lead singer Milo and his first meeting with his girlfriend until the bittersweet ending, where he ends up at the exact meeting spot alone but content, as the video ends with Robi smiling.