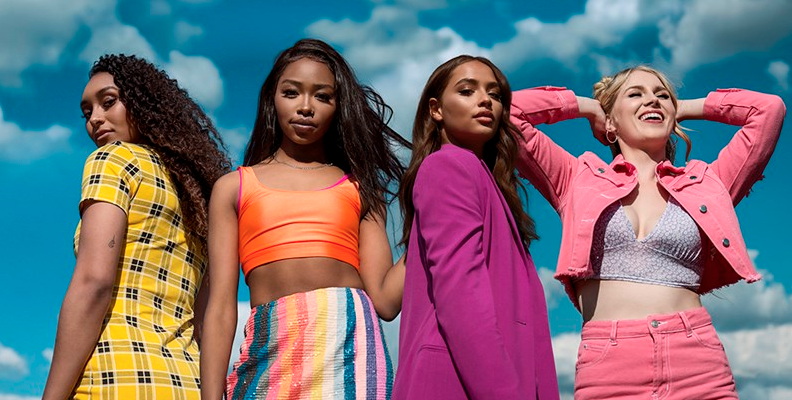 Four-piece UK band, unperfect release new single ‘I’m A Dreamer’ today, alongside an adorable official video via Xenomania.  This follows their debut EP ‘Yeah, Why Not’ released earlier this year.

The feel-good, uplifting record arrives in perfect time for the upcoming summer season as this glimmering pop hard-hitter encapsulates a positive, inspirational story into an up-tempo earworm. The vibrancy of the track bursts into a crescendo of a chorus, which exudes an infectious confidence.

“The lyrics of the song came from our experiences of sometimes second-guessing ourselves, or having other people second-guess us. We are only human, it’s natural to worry that things might not work out or feel deflated when other people dont have the same vision we do. But the overall message of the song is about being confident enough to push through it and keep believing in ourselves.” – unperfect on their latest single.

unperfect are collaborating with Robinsons Fruit Shoot on the single campaign, which is their debut brand partnership. Both unperfect and Fruit Shoot share the same ethos of championing the rising generations, fuelling their adventures, encouraging them to step outside of their comfort zone and daring them to dream big. The release of the single marks the launch of Fruit Shoot’s epic summer on-pack promotion, which gives children, whatever interests or hobbies they are into, the chance to win their dream version of it.

The video is adorable, with a child director directing the “shoot” and bold colours that sing of summer.