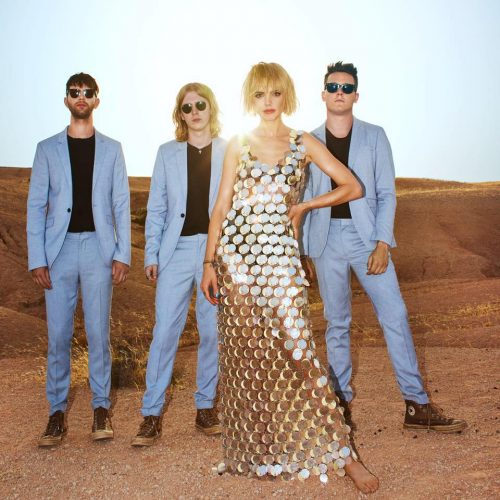 London-based rockers, Anteros, share their new single and accompanying music video, “Fool Moon,” in an exclusive premiere with Billboard, who says the new project “lets the band make a broader statement than it has previously.” Filmed in the Moroccan desert, this is the third in a trio of visuals the band has recently released. Prior to this, the band released the “Ordinary Girl” single and video, as well as “Call Your Mother,” which received praise from Paper Magazine for its “gleaming pop melodies, raw vocals, and roaring guitars.” The latest track, “Fool Moon”, is taken from the group’s highly anticipated upcoming album, When We land.

Anteros are a band who refuse to be typecast. While standing firmly outside of any box, they’ve proven their ability to nail any genre or idea they put their mind to, having spent their formative years experimenting with dreamy indie pop, gritty electronic rock and shimmering disco. When We Land is where it all comes together; in one glossy, masterful package, the four-piece have created a unique sound that is both wholly refreshing and reminiscent of the greats who came before them.

Recorded at The Distillery with Mercury Prize-winning producer Charlie Andrew (Alt-J, Marika Hackman, Bloc Party), When We Land is Anteros’ first full-length release following a string of critically acclaimed EPs and singles, as well as a number of sold out headline shows and major support slots (Two Door Cinema Club, White Lies, Blaenavon.) They’ve been championed by BBC Radio 1’s Annie Mac, Huw Stephens and Jack Saunders to name a few, and amassed over 4 million Spotify streams and counting. It’s with their debut album, however, that Anteros fully introduce themselves to the world as a force to be reckoned with.