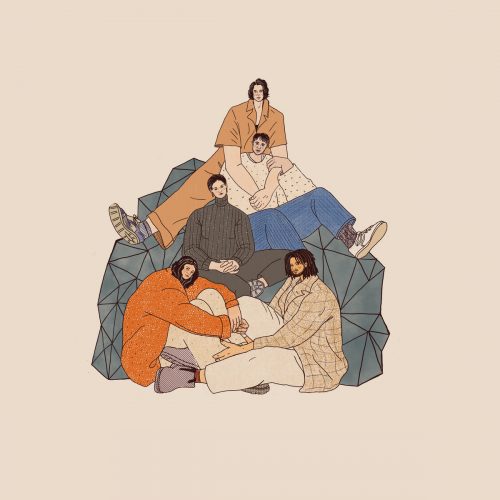 Barrie, the NYC-based project led by Barrie Lindsay, has shared stripped back versions of “Clovers” and”Chinatown“, two tracks taken from debut album ‘Happy To Be Here‘ which was released earlier this year via Winspear.

On “Chinatown (Alt)”, Barrie’s soft and dream-like vocal cadence engulfs the track and lulls the listener into a peaceful bliss. Both tracks were finished with Jake Aron (Snail Mail, Solange, Grizzly Bear) who co-produced and engineered ‘Happy To Be Here’. On their debut LP ‘Happy To Be Here’, Brooklyn-based Barrie show a multidimensional take on classic pop sounds, daydreamy but also firmly in the present. Lindsay largely wrote these songs late into the night, alone in her apartment, and her voice feels appropriately full of possibility throughout. ‘Happy To Be Here’ is a softly explosive document of Barrie’s vision for “a well-crafted pop song that’s a little bit fucked up.”  The album’s singles speak to its scope: the analog synths that burst from piano pointillism on “Clovers”, the lush electric guitar grooves on opener“Darjeeling”, the minimal arrangement and modular programmed drums of “Saturated”.