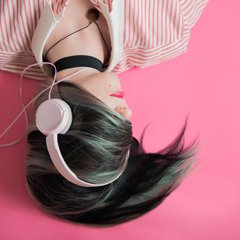 The music producer has received praise from Magnetic Magazine, Earmilk, Stoney Roads, Stereofox, Indie Shuffle, The Music Ninja and many others. He has also been featured on tastemaker Youtube channels including Mr Suicide Sheep, Ambient, Fluidified and MOR Network. His works have accumulated over 5.5 million Youtube views to date.

Jon Maynard (Soular Order) is also the founder of City By Night Records – the independent label through which his single was released. The label is known for hosting artists like Alaskan Tapes, Solace, Axel Grassi-Havnen and Izzard. He has already released seven EP’s and a full-length album Rhythmic Sleep.

Influenced by artists like Aphex Twin, David Bowie, William Basinski and Tycho, he has manufactured his own unique sound that has been compared to artists such as Brian Eno, Boards of Canada and Sigur Rós.

Giving insight on the track, Maynard shared, “Downfall is a track in constant progression with generative elements. Starting subtle and building towards a large encompassing ending.”