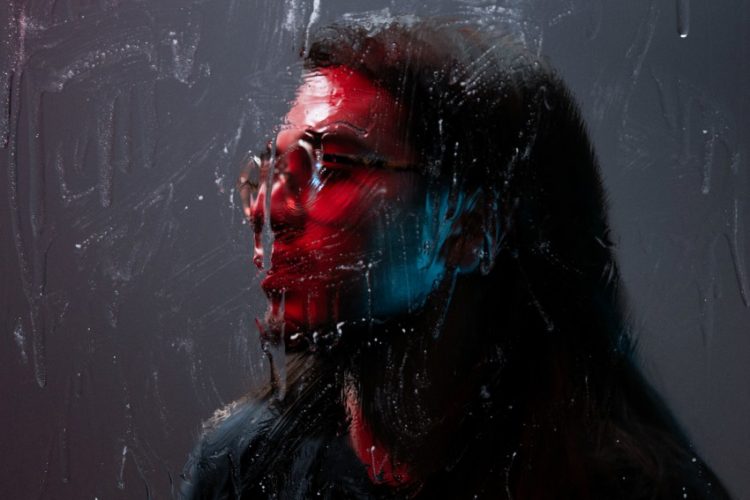 We find out more about the rising artist in our interview below.

You have mentioned in a previous statement that you wanted your song ‘Rose Quartz’ to have an equal balance of female and male energy. What inspired the idea?

So the track actually came to be from a five day EP, challenge hosted by “dot”. I had no intention of any of the records becoming part of an album, I just wanted to practice and fine-tune my skills! The theme for the day was to write something “free” or “not with much thought”. The track had initially started with the chords sounding very lush and pink. At the time I had been reading a lot into the taoist philosophy of yin and yang, often being associated with masculine and feminine energy. After sitting with the lush intro pads I decided to add a balance to the softness. That balance of the masculine energy being the deeper sounding vocal harmonies that come in midway through the song. I also tried to represent the idea in the drums/structure. Starting with drowsy swinging percussion, then slowly evolving into fast-paced drums and percussion. I wanted to guide the listener on the balance I was feeling while creating the track.

You have been labelled a multi-instrumentalist. Was it always your goal to create the type of music that you create today?

I always had an idea of the sounds I wanted to curate but never had a set path for what the Frythm project was going to be.

Growing up I went through many different phases of music, from starting as a somewhat house/EDM producer in my late teens, to writing heavy club music just a few years ago.

I knew I had always wanted to create something more eclectic and timeless, but I also wanted to balance the experimental ideas of past releases. Learning instruments and utilizing my voice was a way for me to do that! Rather than just sitting in front of a screen like I did before I sought out more organic feelings with guitar, keys, and bass. The combination of new techniques and past experiences finally led me to what I had always wanted. Freeform music.

Some of my earliest memories of music came from my mom playing records from Maná and Juanes. My mother was an immigrant from Chihuahua, MX, so growing up I was always exposed to a bunch of really amazing Spanish records. I remember listening to some of the music and just dancing non-stop, pure bliss, and innocence. A moment that really also stuck with me was when I bought my first CD, it was Pharrell’s – “In My Mind”, I think I was in middle school at the time. I remember being so amazed by the grooves and beats. That record really opened a new world to me.

It definitely varies at times depending on my mood or the thought behind the song. I normally like to start with chords or humming small harmonies. I feel this really helps lay the foundation of the track, normally drums come in next for the groove, then top-line or melodies. I often find myself resampling a loop or idea that I’d written in a session and completely changing the feeling of the original idea. It’s almost somewhat of a ‘mad scientist’ feeling that really makes the process fun and fresh. More times than not those trippy resamples end up becoming b-sides to some of my tracks.

This is a tough one. The studio work and music creation is something so therapeutic and peaceful. The magic of writing something from nothing and crafting a world or story through sound is unmatched. But, there is something very special about sharing those feelings and connecting to fans live. There are those non-recreate-able moments that happen with a live audience that make me truly believe in a higher consciousness of the human psyche. So, in summary, I’d say its a very close tie. With everything going on in the world right now though, I do often miss that live human connection and I can’t wait for the day we get back to it.

One of the most memorable experiences I’ve had was an “SXN” show in El Paso, Texas at “Prickly Elder”. We had the venue way over capacity and there was very little room to move, but the people and energy in the room were absolutely insane. I had just finished writing my project Ego Loss, it was lots of heavy beats and really club-inspired tunes. I remember playing a few of the tracks and seeing people go absolutely mad! People jumping around in this small space, drinks flying in the air, and a short overheard lantern just swaying back and forth from people hitting it with their hands. Knowing that people were able to move and just be in the moment with my music as an anthem really changed my perspective, and has stayed etched into my memories forever.

It would be a cross-genre radio show, just supporting fun and unique music no matter the feeling. I’d try and play a lot of experimental beats, jazz, indie, and soul records.

That’s such a tough one. There are so many impactful classic records that have been created over the years.

In no specific order, Toro y Moi – Anything in Return, Shlohmo – Dark Red, James Blake – Overgrown, Thundercat – Drunk, and Frank Ocean – blonde. All super amazing records that have really inspired and influenced my sounds over the last couple of years.

I want to give back to my community and the world in any way that I can. My ultimate resting achievement is to open a studio in my hometown of El Paso, TX. I want to create a free safe space for underprivileged youth to learn how to produce/record music while having a massive supply of gear and software to experiment with. Success to me looks like owning some land secluded in nature. Just another safe space for friends or other musician’s/creatives to retreat to and create in nature. Ultimately I just want to contribute my art and sound into the human connection. It’s crazy knowing that there are people that I may never meet or encounter that have connected their own experiences to my music. If that’s all I get out of this that would be more than enough for me.

Stay safe and healthy, check up on your loved ones, and count your blessings. I know things are crazy and uncertain right now but just remember to do your best, and live in the present. I’m sending you all love, warm thoughts, and positivity!

Thank you for having me!