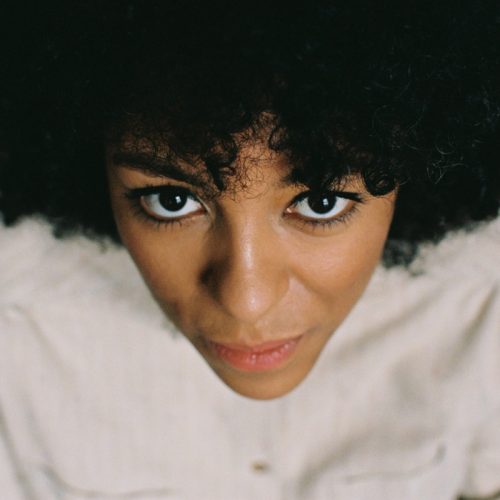 Dutch-Ghanaian singer-songwriter Nana Adjoa releases her I Want To Change, the closing track from her highly anticipated debut album, Big Dreaming Ants due for release on 24th September via Bloomer Records 

Following a string of irresistible singles including, Consequence of Sound-approved ‘She’s Stronger’, ‘Throw Stones’ which received praise from the likes of i-D, Noctis, The Voice, C-Heads, Mahogany and Indie Shuffle to name a few, the Complex-premiered ‘No Room’ featured by London In Stereo in their Tracks of The Week and spinned by Chris Hawkins and Lauren Laverne on their BBC 6 Music shows, the upcoming album focuses on Nanas poignant lyricism tackling complicated questions of race, gender, religion, and sexuality – Nana often meditates on the meaning and make-up of one’s identity.

In the reflective new track Nana analyses the human condition, is about how you want to change yourself and your world around you, in many different ways, but it’s always in a kind of passive manner. It’s the magnitude of things you feel need changing that is paralyzing, but not paralyzing enough to not feel the urge to change anymore. Written on the piano, the track was built from the artist original demo I had a demo with the taped piano, delayed taped piano, ukulele, glockenspiel, synths, percussion, and drums. With the producer we built the track around the original demo. Nana handled the majority of the instrumentation herself, using a wide palette of instruments. A process that helped her to develop a multi-layered sound, rich in tonal textures, which is as intimate as expansive.

Nana Adjoa is sonic explorer armed with a deft poeticism and a fierce sense of musicianship, a skilled multi-instrumentalist and trained jazz player. Born in Amsterdam to a Dutch mother and a Ghanaian father, Nana joined her first band as a teenager, choosing to play bass because, every other instrument had been claimed. It was a lucky twist of fate, unbeknown to the musician, her mother had once been the bassist in a Ghanaian Highlife band and happened to have her instrument. Accepted to study jazz (electric bass and double bass) at the prestigious Amsterdam Conservatory, Nana traded the restrictions of a structured curriculum for the free-flow of her own compositions.

Since her debut in 2017 – the vulnerable EP Down at the Root (Pt. 1)– she has been praised for her sonic explorations and effortless lyrical poetry. Her second EP, Down at the Root (Pt. 2) and the Stereogum-approved A Tale So Familiar, increased support from international press including Consequence of Sound and The Fader, influential radio stations such as USA tastemakers KCRW, KEXP and streaming platforms. Making her USA live debut in 2018, Adjoa played a series of headline shows as part of a worldwide Communion residency, as well as performing on some of the European largest festival stages.