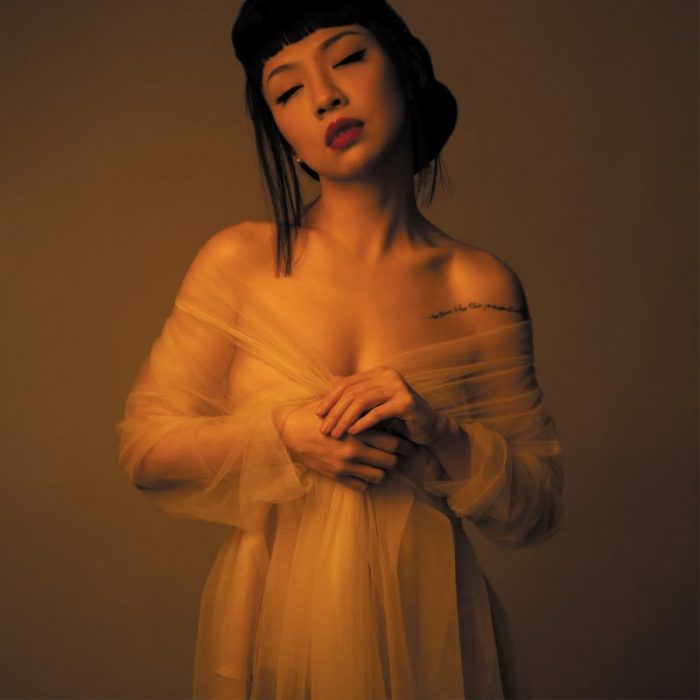 Multi-talented musician and innovator Fifi Rong has delighted once again with the latest song ‘Dream On’, which is set to feature on her upcoming solo album release There Is A Funeral In My Heart For Every Man I Loved later this year. The singer has been making her name known as a forward-thinking individual after the launch of her Yi Jing 意境 Live Performance Series , which is a virtual immersive platform for artists and art lovers to connect and get exposure.

Rong previously featured on RCRD LBL with the ‘Another Me’ video along with a feature on Phuture Life with the ‘Only Man’ video. Both works are noticeably different in comparison to production stylings and are probably due to the fact that Fifi is always keen to change things up for the sake of getting her poignant messages across for each song’s contrasting message – a true artist indeed.

Innovative and visceral with her approach to her craft, Rong proves to be an act to watch in the months to come with her latest platform initiative and creating music that leaves one pondering on their choices when it comes to being rational and being in love with someone. ‘Dream On’ is a clever take on unrequited love, as Rong shares foresight on a love that has not had the opportunity to be acknowledged. 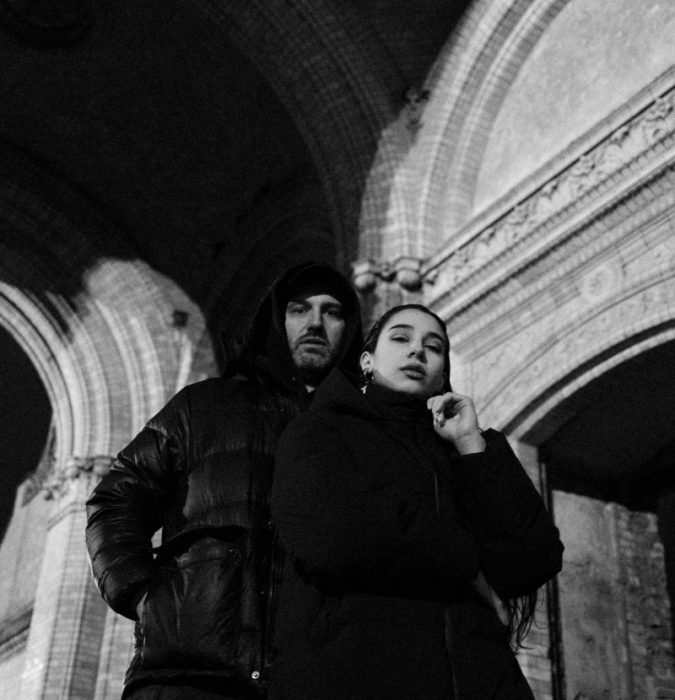 Music production team Sofia Insua & Mirza Ramic a.k.a. ERA C have unveiled their latest avant-pop gem ‘0-60mph’, and we are mesmerized. This release will feature on their upcoming debut album release DELIRIA via Future Archive Recordings. In the meantime, while we wait in anticipation for this album release, you can lose yourself in the spellbinding tension of this latest gem that Easy Easy frontwoman Sofia takes full reign over as an enigmatic songbird.

Speaking about the upcoming album release with Reverbs (read interview), Sofia shared : “The overall concept of DELIRIA was dictated by its context. It was written during periods of change, transition and adaptation. The album is about distance and its sneaky way of censoring the heart, by preventing it from feeling.”

‘0-60 mph’ definitely by far is the best description of Sofia’s inspiration behind the album’s name, in terms of the timing of your life’s biggest challenges/victories and how things do not always go according to plan. Through strategic pacing and effects that mimic the sound of analogue time, always moving in the background. This track subconsciously leaves one to think of the progression of time and how your reality can change in the blink of an eye. 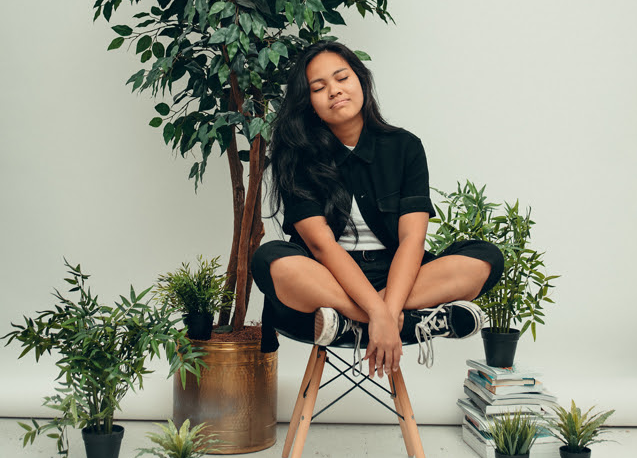 Avant-pop multi-instrumentalist Chong the Nomad (Alda Agustiano) teams up with West Coast singer-songwriter Laureli for a blissful, spaced out RnB excursion on ‘No Pulp’, lifted from the new ‘Kitsuné America: West Coast Edition’ compilation featuring exclusive tracks from hotly tipped artists in and around California.

Alda says: “Laureli and I have always wanted to collaborate, and when she sent the demo vocals for “No Pulp” I immediately latched on to it. She has a spectacular way of writing pop grooves that are both infectious and engaging. Writing alongside her and Rogét Chahayed was a much needed challenge in my career, it made me really dive deep as a producer and arranger. Originally I had a more heavy and complex instrumental, but I decided in the end to focus more on balancing Laureli’s voice with a sweet pop r&b groove, while still adding my own twist to the style.”

Every year, Kitsuné Musique takes a fresh look at American culture to handpick a selection of artists, introducing them to the world. As always, there are no limits in genre: only the perpetual hunt of the talents that are shaping tomorrow’s soundscape.

After its instalment in New York with the opening of the Maison Kitsuné store and Café Kitsuné, the Parisian brand travels to the west coast and announces the opening of a new store in Downtown Los Angeles. To celebrate, Kitsuné Musique narrows its sharp radar to target the Californian music scene and curating this year’s selection of ones to watch acts.

Hailing from Los Angeles, LOMELI and his track ‘Life And Echo’ is kicking off the journey, as Carter Reeves joins the party with his road-trip must-have ‘These Days’, released earlier on the label. As Kitsuné Musique always brings up old friends for the trip, the indie poppers Pink Skies also appears on the compilation. As we dive deeper into the musical adventure, there are some new faces to meet up down the road such as Los Angeles darling Haiva Ru, and celestial wanderer SAVI MINDS.

The compilation will unveil six to seven hidden gems from the hottest West Coast based artists of the moment. First stop is Kowloon mysterious universe, brought up by his soothing yet complex delivery on ‘Hurt’. Next up, is an exciting debut journey to ‘Mars’ courtesy of Luc De La Croixx, before an unexpected turn into Dot’s cutting edge beats on ‘User’.

As the exploration continues there are also great collaborations to be found: the multi-faceted crew Real Bad Man team up with Genevieve Artadi on their debut collaborative single ‘Kill The Lie’ – Delia Dane previously featured on last year Kitsuné America’s issue is back again with a soulful delight with ALETNA, and the anti-pop bop of rising Asian American producer / songwriter Chong the Nomad together with the oceanic and lush vocals of Laureli. 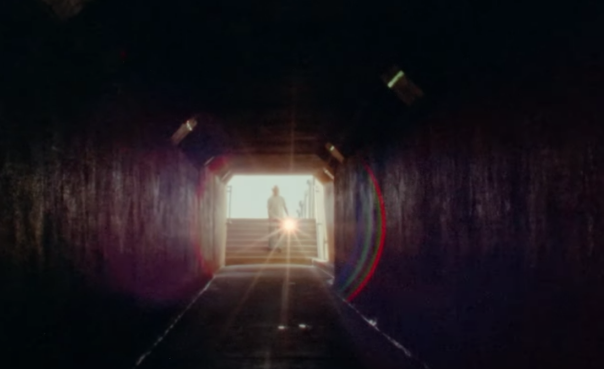 Having captured the attention of i-D, The Quietus and EARMILK, Los Angeles based creative crooner Raven Artson combines his internal monologue with enigmatic pop culture and underground art.

Returning with new single ‘Whatever’, Raven delivers a powerful testimony; to empower your authentic self. Intertwined with a synth-fuelled melody and a hint of autotune, a detail which compliments his ethereal vocals; the new woozy bop sees Raven step out of the shadows to present his most confrontational outpour of emotions yet.

He says: “Whatever was written in a stream of consciousness, the words just poured out of me. When finished the brutal honesty struck me. I created a mirror, forcing myself to look into my own eyes.”

As a highly ambitious singer-songwriter who creative directs his own shoots and produces for artists including Sevdaliza, Pip Blom and Ray Fuego, Raven can just about do anything. More recently he started curating his own interdisciplinary shows, which has led fashion designers like Hardeman and Hanger Inc. to collaborate with artist like himself, True Blue, Beskhen and Cosima.

With a new EP, Raven is ready to take the next step in his career: “As a person I try to be as honest as possible in my relationships. It’s exciting to share music that’s just as genuine.”